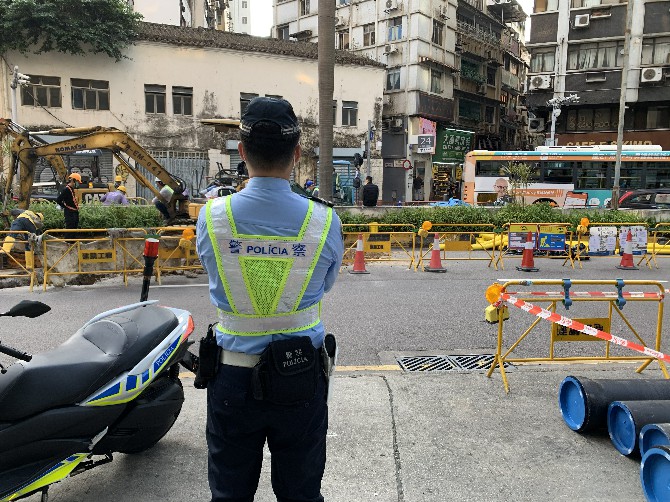 A man who was caught after allegedly stealing from a supermarket over the weekend claimed to be from Wuhan and told police he needed to be sent to the hospital.
The suspected theft took place at a Royal Supermarket store near the Border Gate. According to reports, the suspect was intercepted by security guards at the supermarket. He tried to run away from them but was prevented from doing so.
Officers from the Public Security Police Force were deployed to the scene to respond to the case. The officers pushed the suspect to the ground and he started shouting that he was from Wuhan, the epicenter of the current Covid-19 outbreak, while groaning about a pain in his chest.
He requested to be sent to the hospital, but it is not known if the police agreed to the request.
Police officers seized a Macau ID card from the suspect during his arrest.
For the time being, police have not determined the reason behind his claim regarding his origin. The law enforcement authority explained it is currently investigating the case and hence has no further update. AL