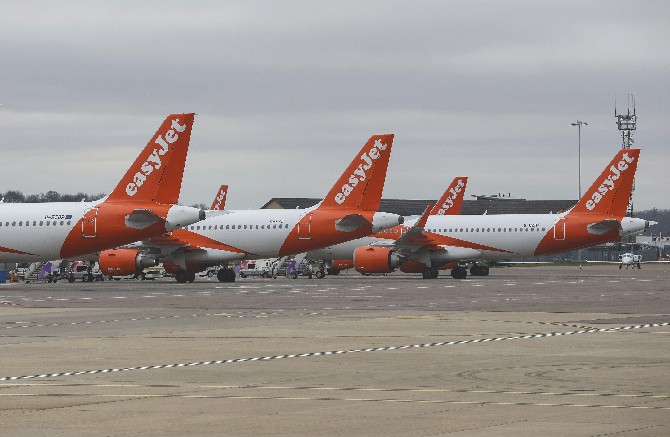 AIR CARE
Britain’s health service is asking airline cabin crew who have been laid off to go to work in temporary new hospitals being built to treat COVID-19 patients. The National Health Service says easyJet and Virgin Atlantic are writing to thousands of staff – especially those with first aid training – asking them to work at hospitals being built inside convention centers in London, Birmingham and Manchester. Those who sign up will perform support roles under the supervision of doctors and nurses.
European budget airline easyJet is grounding all of its 344 aircraft amid a collapse in demand. It said there was “no certainty of the date for restarting commercial flights.” The carrier had already canceled most of its flights and reached an agreement with unions on furlough arrangements for its cabin crew.
The European Council says EU member states have suspended airport slot requirements until Oct. 24 to help ease the impact of the coronavirus outbreak on the aviation industry. Under EU regulations, airlines are subject to a “use it or lose it rule” and are required to operate 80% of their allocated slots, the right of an aircraft to take off or land at a congested airport at a certain time of the day. If they don’t abide by this rule, they face losing their right to the slot.

CENTRAL BANKS AND GOVERNMENT
South Korea will provide as much as 1 million won ($817) in gift certificates or electronic coupons to all but the richest 30% of households. The country will spend around 9.1 trillion won ($7.4 billion) on the one-time giveaways, which will reach 14 million households.
South Korea has used various financial tools to support its economy during the global health crisis, including cutting its baseline interest rate to an all-time low, expanding short-term loans for financial institutions and introducing a rescue package for companies totaling 100 trillion won ($81.7 billion).

EXTRA
Facebook is investing an additional $100 million in local journalism to support reporting on the pandemic. Emergency grant funding of $25 million will go to local news through the Facebook Journalism Project and another $75 million will be devoted to media marketing. Facebook, which has a rocky relationship with the media industry, has already committed $300 million to journalism organizations. aP 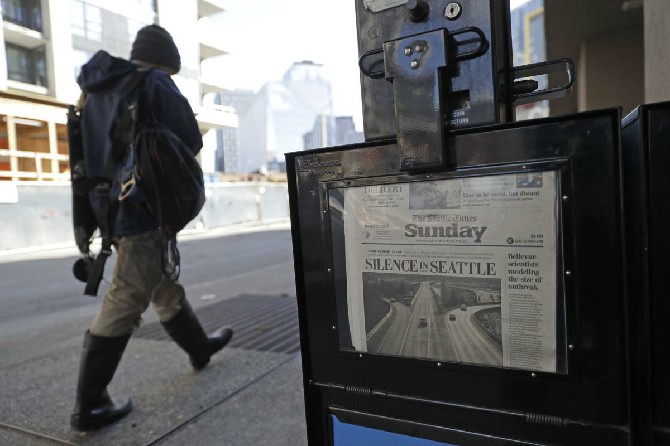