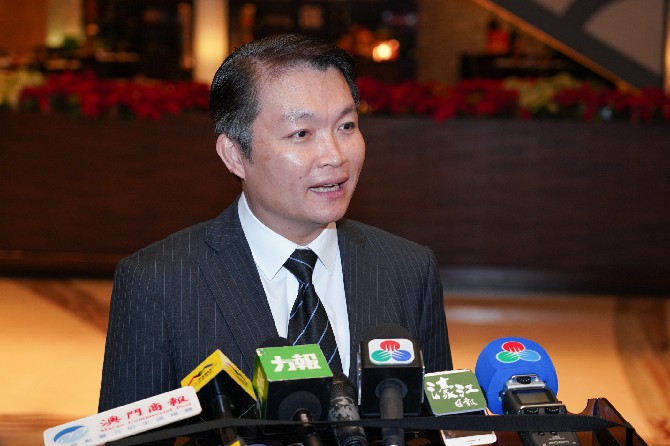 Secretary for Economy and Finance Lei Wai Nong said yesterday after a public event that he is working on both the amended version of this year’s budget and the budget for next year. He also said that his team is trying to submit both to the city’s legislature in November.
Normally each budget is submitted to the Executive Council for review before being submitted to the Legislative Assembly, the city’s parliament, for approval and lawmaking. Only after these procedures can the bill be implemented.
This year, due to the economic downturn brought about by the Covid-19 pandemic, the government has had to amend the budget passed last year by the parliament in order to implement the subsidies and economic relief measures it later announced.
Previously, the government wrapped up an amendment to the budget in the parliament. The tax refunds scheme for eligible individuals from the working population was expanded to include a greater amount and increase coverage, meaning government spending would increase.
The tax exemption, including the tourism tax which is mainly funded by hotel guests and bar goers, has also been expanded to shrink the tax impact on businesses as there were fewer tourists arriving.
Yesterday, Lei was talking about an extra amendment to the budget. The finance official is striving to submit it to the parliament for approval in November.
The government has repeatedly said that it would not rule out the possibility of using extra funds from the fiscal reserve.
The budget for next year, on the other hand, is racing to be submitted to the Executive Council by the end of this month. Once the Executive Council passes the budget, it will be submitted to the parliament for legislative procedures.
As for next year, Lei hinted that the government would invest more in infrastructure as part of its tactics to maintain a growing and dynamic economy. AL