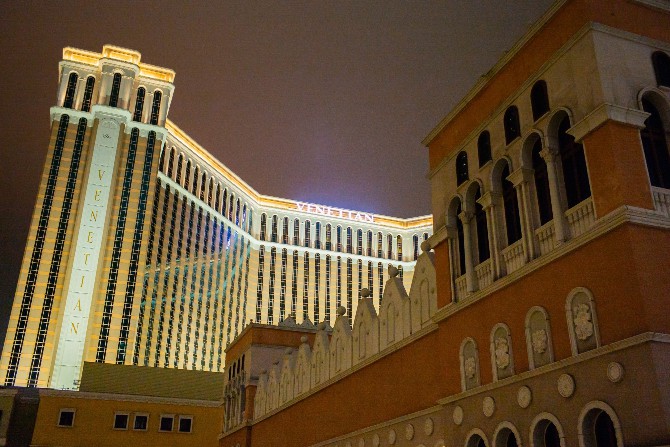 Sands China Ltd. (SCL) closed out 2020 by releasing its last quarterly financial report yesterday, in which the conglomerate posted a positive adjusted earnings before interest, taxes, depreciation, and amortization (EBITDA) of USD47 million in the fourth quarter (Q4) of 2020.
The adjusted EBITDA in Q4 2020 was a sharp uptick compared to the EBITDA loss of USD312 million and USD233 million in the second and third quarter of 2020 respectively. Yet it also represented a significant decline from the USD811 million that was posted in Q4 2019.
For 2020, SCL’s adjusted EBITDA loss was USD431 million, an astonishingly contrast compared to the adjusted EBITDA gain of nearly USD3.2 billion in 2019.
“While the pandemic continues to impact our business adversely, we have achieved positive EBITDA in both Macau and Singapore during the fourth quarter. There is no doubt in my mind that our business will rebound to pre-Covid levels in the future,” Robert Goldstein, the chairman and chief executive officer of Las Vegas Sands Corp (LVS), the parent company of SCL, stated in the report.
The report also disclosed that The Venetian Macao generated a positive USD73 million adjusted EBITDA in Q4 2020 —the highest among SCL’s five hotel brands in Macau.
Another brand, The Plaza Macao, posted a positive EBITDA of USD38 million in Q4 2020. The other three brands, namely The Londoner Macao, The Parisian Macao, and Sands Macao reported a negative EBITDA of USD34 million, USD7 million, USD18 million, respectively.
According to the report, SCL’s total net revenue was USD672 million in Q4 2020, down 69.9% year-to-year. Meanwhile, the net loss that same quarter totalled USD246 million, a stark contrast compared to the net income of USD513 million in Q4 2019.
In 2020, SCL posted a net revenue of USD1.69 billion, representing a significant decline of 80.8% from 2019. On the other hand, the net loss for 2020 amounted to USD1.52 billion, in comparison with the net income of USD2.04 billion in 2019.
Despite reporting a hefty net loss in the last quarter of 2020, the figure demonstrated an advancement of around USD316 million from the USD562 million net loss reported in the third quarter of 2020.
The recently-released quarterly financial report is also the company’s first release since the passing of Sheldon Adelson, the founder of LVS and SCL, on January 11.
“These last few weeks since Sheldon’s passing have been difficult for all of us, but his commitment to investing aggressively to build iconic resorts that deliver economic benefits to our host communities, the core of the company’s operating strategy, remains firmly in place,” Goldstein confirmed.
Earlier, SCL announced that the opening of the first phase of The Londoner Macao would kick off on February 8.
On January 27, LVS also published a performance report for Q4 2020, in which LVS posted a net revenue of USD1.15 billion, down 67.3% year-on-year, and a net loss of USD376 million. The full-year operating loss in 2020 for LVS totalled USD1.69 billion.
LVS also operates Marina Bay Sands in Singapore, which generated USD144 million in adjusted EBITDA in Q4 2020 and came to be the most profitable LVS casino during Covid-19.
“We remain optimistic about the eventual recovery of travel and tourism spending across our markets. We are fortunate that our financial strength supports our previously announced capital expenditure programs in both Macau and Singapore, as well as our pursuit of growth opportunities in new markets,” said Goldstein.