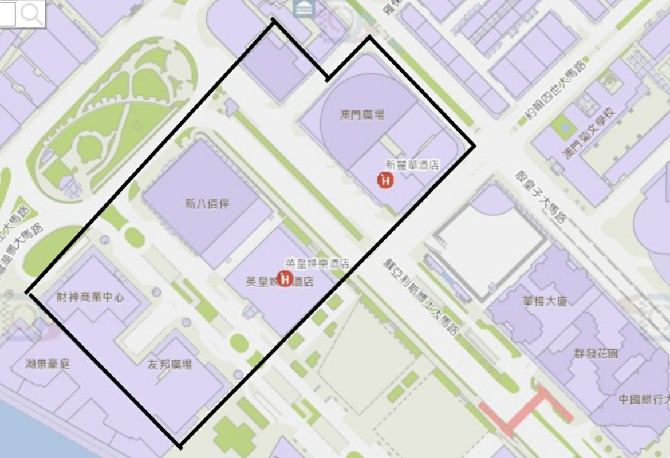 A SARS-CoV-2 mass nucleic acid test (NAT) was run yesterday on residents living in certain focus areas, as well as those who had overlapping travel routes with the city’s recent Covid-19 patients.
The mass testing took place from 9 a.m. to midnight Sunday.
The concerned individuals are those who have, during the period of September 26 to October 4, resided in the vicinity of Edf. San Mei On (block 1) and Edf. Kam Heng in Areia Preta, of the Victoria Hotel and Edf. Son Lei in Bairro Iao, of Edf. Kam Do Lei in Rua de Pedro Coutinho or of the Grand Emperor Hotel.
Individuals who have had activities in the abovementioned area(s) or have taken the 1, 7, 8, 10, 12, 18, 19, 21A, 23, 25, 25B, 51A or AP1 bus routes during the same period were encouraged to take a NAT by the authorities.
The high-frequency NAT program that includes three trades – all renovation, laundry, and security workers – and two population groups, which include Nepalese and Vietnamese non-resident workers, continued as usual yesterday.
The concerned individuals should get tested once every other day four consecutive times. Testing sites, for which prior booking is required, include the five regular NAT stations at the Taipa Ferry Terminal, the Macao Forum, the private Kiang Wu Hospital, the private University Hospital at the Macau University of Science and Technology, as well as the Macao Federation of Trade Unions Workers Stadium.
There are 10 additional NAT stations, located at Grand Lisboa, Sands Macao, The Venetian, Wynn Macau, Wynn Palace, Broadway, StarWorld, MGM Macau, MGM Cotai and Studio City.
Neurosurgeon Tai Wa Hou, medical director of the public Conde de São Januário Hospital, stressed that the test is not mandatory for the “encouraged” groups.
Health codes of those required to take the test will be turned yellow if they fail to take the test, although they will be reminded by the authorities by phone or even in person.
The aim of this test, according to Tai, is to detect hidden cases in the community during the presumed incubation period.
When questioned about border normalization, he said that the government has been in touch with the authorities in Guangdong. It should not be far ahead if no new patient is detected for 14 days in a row, he added.
Health Bureau defends
Bayview exemption
On why Bayview Block 3 is not included in this mass NAT, public health doctor Leong Iek Hou, coordinator of the Center for Disease Control and Prevention, recapped the authorities’ previous justification that the building does not have a high risk.
She added that the test will focus on the areas in which the 72nd to 75th patients had community movements prior to their diagnoses. The public health doctor reiterated that the 76th and 77th patients are considered having low risks to the community epidemiologically because they were tested negative for the virus three to four days prior to their diagnoses.
Social media users have started calling the Bayview Block 3 as “Dollar-sign Zone” to mock the government for not daring to cordon off the building because of its prime residential nature, also in contrast to the government’s designation of the Yellow-code and Red-code Zones, which kick in whenever an infection is detected within the concerned areas.

As of 3 p.m. yesterday, the SARS-CoV-2 mass nucleic acid test (NAT) on focus areas and populations have seen 29,377 secretion samples collected, of which 1,593 samples yielded negative results. Moreover, 12,390 individuals within the government-designated key groups, such as the high-frequency test group, have had their samples collected.