Gov’t tightens measures to Qingdao in response to an outbreak 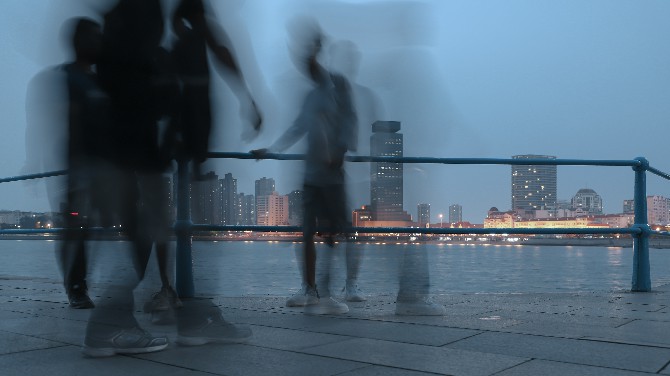 Macau will not allow people arriving from Qingdao in Shandong province to enter the city without undergoing medical observation and a 14-day quarantine from today onwards, local health authorities informed yesterday in the weekly press conference of the Novel Coronavirus Response and Coordination Center.
According to the coordinator of the Center for Disease Control and Prevention, Dr Leong Iek Hou, the measure comes after a new outbreak of the disease.
Official reports claim that Qingdao has recorded a total of 12 new cases of the disease in the last two days. Of this figure, six were asymptomatic patients. Local media reports also note that all the cases were linked to the Qingdao Chest Hospital and to patients who had contracted the virus overseas.
Qingdao governmental authorities said yesterday that to tackle the further spread of the infection, they will conduct tests for the entire population of over 9 million.
According to Leong, all people arriving from Qingdao from today will have to undergo 14 days of quarantine, which is the measure applied both to visitors coming from the city or residents returning to Macau who have stayed in the city in the past 14 days.
The same official also noted that the health authorities are urging residents not to travel to the city of Qingdao, and for those who are currently there to avoid going to hospitals and any crowded places.
Macau’s health authorities said they would be following up all individuals who have recently been in Qingdao and might currently be in Macau.
Lo said that although the local authorities are not expecting to have to implement any other restrictive measures in Macau, “We also have contingency plans already prepared in case of a potential future appearance of new cases.”
Questioned on the development of a joint program aiming to exempt all the Guangdong- Hong Kong-Macau Greater Bay Area cities from having to present negative Nucleic Acid Tests (NAT) in order to travel between cities, Lo said that such idea is developing but is still far from reaching an outcome.
“We need to follow-up on the current data and conduct a thorough analysis. [Before that] we may extend the expiration date of NAT from the current seven days and we will also consider easing the restrictions on entry to foreigners,” Lo said.
Questioned on whether the validity of a NAT test would increase from seven to 14 days, Lo replied, “Now is not the right time to disclose such information. We are still discussing and gathering opinions from all the other public services involved.”
Many questions were left unanswered at yesterday’s press briefing. The authorities justified the lack of responses with the fact that there were no representatives from the bureau who were directly involved in the relevant matters present at the briefing. Among the questions left answered were the number of participants in the Macau Grand Prix event who are expected to undergo quarantine in Macau before the event, as well as the number of Macau residents currently in Qingdao.
According to Lo, the health authorities will forward such questions from the media to relevant departments to obtain a reply at a later opportunity.