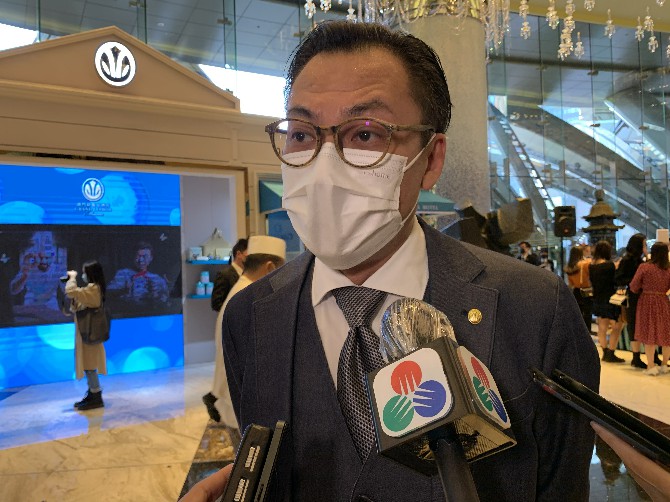 Grand Lisboa Macau remains positive that it will reach a hotel occupancy rate of 50% during the upcoming December festive season, despite the month not being considered as a festive holiday in mainland China. Currently, this origin accounts for nearly all of Macau’s tourists.
Official data shows that as of mid-November, Macau is recording a daily average of 20,600 visitors, while the hotel occupancy rate is approaching 45%.
SJM Holdings’ Grand Lisboa Macau is eyeing the possibility of reaching 50%, yet noting that tourism arrivals in the city are beyond its control.
Henry Kong, Hotel Manager of Grand Lisboa Macau, said, “The target is possible, but it’s beyond our control. It depends on tourists’ decision. Because apart from domestic travel, they have Macau as an option [for a destination] too.”
The executive also disclosed that its room rates have significantly lowered, similar to what other hotel operators have done to attract local residents during the peak of the pandemic when no tourists were allowed to enter the SAR – aside from those coming from mainland China, Hong Kong and Taiwan. However, the mandatory nucleic acid test (NAT) and the 14-day quarantine period have hindered many from visiting the city.
For Grand Lisboa Macau, room rates were lowered some 20 to 30% on average.
“The problem we see is not price-related, it’s related to the sourcing of guests. We need people. Of course, it can be even better if we manage to realize travel bubbles. However, our main concern is safety,” he said.
Questioned as to whether there was a surge in casino patrons, the executive said, “The rise has been stable, but it was not obvious.”
For its casino patrons, there are an average of 100 NAT takers per day at the hotel.
Currently, the casino has a maximum capacity of conducting 1,000 NATs daily.
Kong was speaking yesterday on the sidelines of the hotel’s unveiling of its “Holiday Hamper House.”
In celebration of Christmas, Grand Lisboa Hotel yesterday unveiled a “Holiday Hamper House” which was designed to honour the traditions of a European Christmas. Situated in the hotel lobby, the store features holiday classics such as Christmas stollen, log cakes, plum pudding, Christmas cookies and many others.