Grand Prix racers, visitors to face same restrictions as everyone else 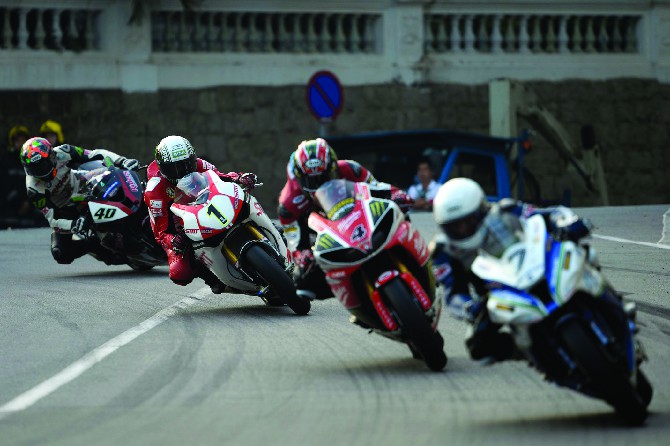 The Novel Coronavirus Response and Coordination Center was questioned yesterday whether it was really viable to hold the Macau Grand Prix given that neighboring cities are seeing new imported cases of Covid-19. As the government has announced this year’s Grand Prix will be more of a Greater Bay Area (GBA) race, the Center was asked whether racers from these cities will be quarantined when entering Macau.
In response, Dr Alvis Lo, medical director of the public Conde São Januário Hospital, said that measures applicable to people arriving from the GBA, with the exception of Hong Kong, have not been changed. They will not be quarantined if they have not been anywhere other than mainland China in the preceding two weeks, as well as possess a valid Covid-19 test and Health Code.
“This applies to both visitors and racers,” Lo stressed. “The same applies to Macau residents returning from the GBA.”
He added that no extra measures will be assigned to people arriving from the mainland section of the GBA.
Although stressing that entrants from Hong Kong will be quarantined, the medical doctor added that the public should not worry excessively about an outbreak “as the outbreak in Hong Kong has recently eased.”
The government previously announced that foreign racers would be allowed to enter Macau to participate in the race, although they will still be required to quarantine for two weeks upon arrival. Most foreign racers said they would not come because of this requirement.
On the other hand, foreigners are still banned from entering Macau, however closely they are related to Macau, except for those excluded by Executive Order because they are essential to the daily operation of Macau. These people can apply to the authorities for special permission to enter. The health authorities disclosed that some pilots have already been granted such approval.