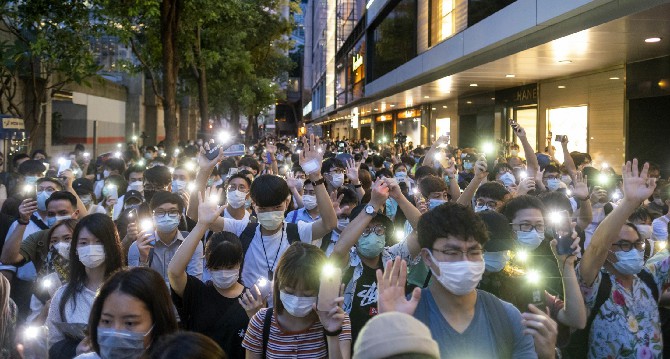 Justin Trudeau’s special immigration initiative for Hong Kong residents received more applications than expected in its first three weeks, according to a spokesperson for Canada’s immigration minister.
From Feb. 8 to 28, 524 people applied for a three-year open work permit designed for young, educated individuals from the former British colony. It also expedites their eligibility to apply for permanent residency to one year.
Immigration Minister Marco Mendicino announced the new visa measures in November as a response to China’s disqualification of lawmakers deemed insufficiently loyal and its crackdown on pro-democracy protests.
“With many young Hong Kongers casting their eyes abroad, we want them to choose Canada. That’s why we’ve made extensive efforts to help them come to Canada,” press secretary Alexander Cohen said by email Friday.
Canada’s relations with China have hit their lowest point since diplomatic ties were established five decades ago. Two Canadians accused of spying were put on trial last month after more than two years behind bars. The men were locked up by Beijing shortly after the December 2018 arrest of a top Huawei Technologies Co. executive in Vancouver on a U.S. extradition request. Kait Bolongaro, Bloomberg