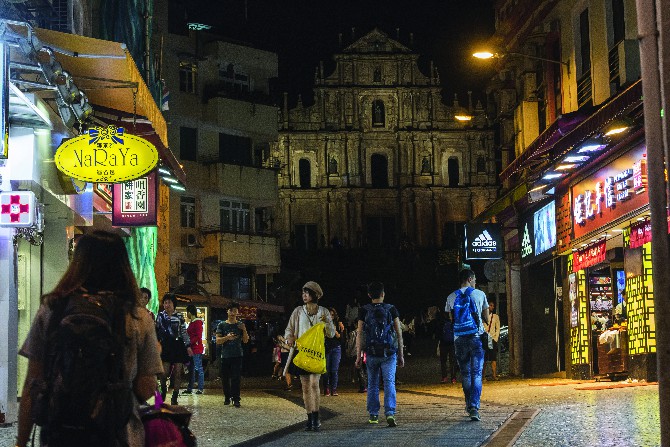 Secretary for Finance and Economy Lei Wai Nong said during yesterday’s Legislative Assembly plennary meeting (AL) that there are signs the economy will recover in the second half of 2020.
Yesterday, after Lei presented the government’s revised 2020 budget proposal to the AL, legislators approved in a first reading of the amendments. The government had cut its 2020 forecast for gross gaming revenue to 130 billion patacas (USD16 billion), half the initial projection of 260 billion patacas.
The secretary depicted the novel coronavirus, as the most “unprecedented uncertainty” the Macau SAR has ever encountered. The pandemic has caused numerous issues in the city, ranging from a higher rate of unemployment, to health risks and economic recession.
However, while acknowledging that the city is suffering due to Covid-19, Lei is still hopeful. He believes that this uncertainty might make way for economic changes in the last half of 2020.
As indicated by Lei, service and exports, which account for approximately 75% of Macau’s economy, may rebound as mainland China recovers from the pandemic. Service and exports are closely linked to tourism.
Currently, the Macau domestic market contributes 25% to the city’s economy with its local power of consumption.
“We need time and more measures,” said Lei. “At the moment, we need domestic consumption [that is] aimed at helping local small and medium enterprises (SMEs) get through the tough winter.”
The revised bill proposed multiple financial support measures for local people and local companies.
“We need to protect SMEs because they represent 90% of Macau’s local companies, providing 40% of jobs,” said Lei, suggesting that protecting SMEs would keep Macau society stable.
According to Lei, the local government’s hope for stable employment and a stable society lies in mainland China, as the region contributes 70% of Macau’s tourist arrivals.
As of 6 p.m. yesterday, mainland China reported a total of 547 imported Covid-19 infections out of a total of 4,541 infections.
Lei believes that the situation in mainland China is “getting stable.” Once the situation is finally stable, the local government will launch tourism plans to attract mainland visitors to travel to Macau.
“We want them to stay here more than one night,” said Lei, as he explained the government’s plan.
Last month, the city’s tourism arrivals dropped 95.6% year-on-
year, with only 156,300 visitors recorded.
Those arriving from China registered a year-on-year drop of 97.2% with a total of just 72,300.
Echoing Lei’s sentiments, lawmaker Zheng Anting is also looking forward to seeing the economy recover. Zheng wants tourists, especially mainland tourists, to see Macau as the first region to “excellently” carry out Covid-19 prevention procedures.
In Zheng’s words, “mainland China and the world envy Macau for its excellent work” handling the outbreak of the virus.
“With Macau being safer than anywhere else, [affluent] visitors from mainland China will come to Macau instead of go to other places,” said Zheng.
Zheng’s opinion aligns with the secretary’s. Lei endorsed Zheng and further elaborated on his opinions regarding Macau’s economic recovery.
According to the secretary, the local government’s strict Covid-19 policy aims to remind the tourists how safe Macau is, especially mainland and Hong Kong tourists.
The local government expects to present its policy address in April, at the AL. The relevant government secretaries will reveal the tourism recovery plan during the policy address.
Lawmaker Agnes Lam asked for confirmation of whether the mainland had scheduled visitation permits to Macau to resume in July.
The secretary did not answer, only saying that even if the economy makes a recovery in the second half of the year, the city should not expect the economy to be as it was in 2018 or 2019.
Despite suggesting several times that the economy would commence recovery in the second half of 2020, Lei said that the local government wants the public to be well prepared. He also believes they may bring another budget bill to the AL later this year in case the Covid-19 situation persists or worsens.