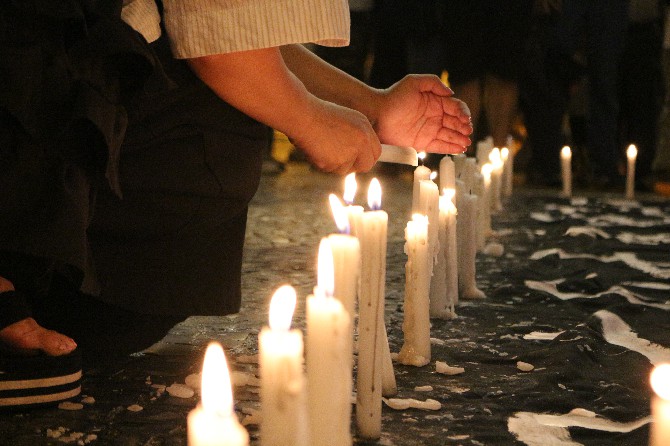 Lawmaker Au Kam San, head of the organizing body for the annual June 4 vigil in Macau, yesterday submitted an official appeal against the banning of this year’s event by the Public Security Police Force (PSP).
On Wednesday, the PSP denied Au’s notice for the vigil on the grounds of containment of Covid-19 in the city, which has not had a new case in over 40 consecutive days.
Legally, civil assemblies and protests do not require an application, although the authorities have the right to make special arrangements for various reasons.
In his appeal presented to the Court of Final Appeal, the lawmaker began by pointing out that there are no legal grounds on which the authorities can ban a legal civil event.
Au continued to reveal that the police had cited Article 3 of the Law on Prevention and Control of Contagious Disease to deny his notice. The article briefly states that “individuals and public or private entities have the obligation to legally cooperate closely with the entities in-charge.”
Au opposed the decision of the police, citing Article 2 of Law 2/93/M, which reads: “Without prejudice to the right to criticize, law-violating assemblies and protests are not allowed.” He believes the vigil abides by the law.
Furthermore, the lawmaker pointed out that the police did not explain how the vigil would violate the stipulations of the contagious disease law. He noted that the vigil has no intention of not cooperating with the arrangements or instructions of public entities.
He then stressed that the city’s bustling retail environment has resumed as the government’s e-voucher consumption subsidy kicked in on May 1. “Nonetheless, without consulting with the organizer, the PSP denied the notice,” Au wrote.
Au noted that he expects no more than 300 people to attend the outdoor vigil. He compared it to the busy shops and restaurants across the city, and anticipates that the vigil will be less dangerous than visiting business outlets.
According to the law, the court must make a judgment within five days. AL