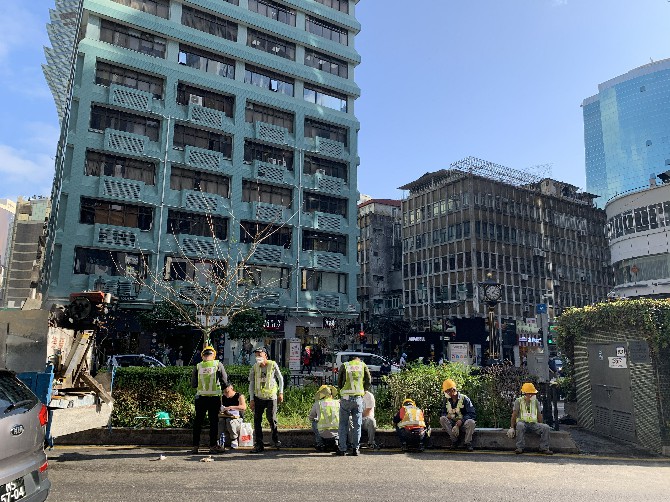 The Labour Affairs Bureau (DSAL) says it has no record of any serious situations regarding unemployment disputes.
During Friday’s Legislative Assembly (AL) plenary meeting, local workers advocate and lawmaker Ella Lei complained that the Macau government is not protecting resident workers and has defended them even less than usual during the Covid-19 pandemic. Lei also remarked that many companies owe workers wages and that some local workers have been fired groundlessly.
However, the head of the labour authority disagreed with Lei.
According to DSAL Director Wong Chi Hong, in the first half of this year, the bureau recorded 661 employment dispute cases concerning 1,332 people, representing a 22% decrease compared to the same period of 2019. Among the more than 600 cases, 390 were complaints about due salaries and dismissals, and they involved a combined 807 people, about 23% fewer than in the first half of 2019.
Based on these numbers, Wong concluded that “the situation concerning due salaries and the dismissal situation is not serious.”
Macau’s law prescribes that withholding employees’ salaries is subjected to a fine of 20,000 patacas up to 50,000 patacas for each worker. The fine can be substituted by imprisonment in some cases.
Companies financially unable to pay workers their salaries, whose legitimacy is verified by the DSAL, will be helped by the labour department to apply for financial help from government funds to pay the due wages.
As of May, Macau has approximately 189,000 blue card workers, over 7,200 fewer than at the end of 2019, mostly from the hospitality, construction, and retail sectors.
In the first half of 2020, a total of 2,868 Macau residents applied for unemployment subsidies. These workers were from the gaming industry, retail industry, construction sector, catering sector and the tourism industry.
The labor authority said that the city has maintained an 80% approval rate in terms of blue cards applications, even during the pandemic. As explained by the government representative, non-local workers are scattered across various sectors, which exhibit demand for non-resident labour.
Earlier in April, the government used public money to help employees by paying a lump sum of 15,000 patacas to each eligible local resident.
Lawmaker Au Kam San asked about government’s financial support for unemployed workers, apart from the 15,000 patacas. José Pereira Coutinho wondered whether the government can extend waiving water and electricity bills for a longer period.
The Director of the Financial Services Bureau (DSF), Iong Kong Leong, replied that his department will continue to pay attention to the unemployment situation.
The government’s reply displeased Au, who thought the statements did not constitute answers to his questions. “Of course you will pay attention to it, but what kind?” Au replied. “Besides the previous 15,000 patacas salary support, what other help do you have for the unemployed workers?”
The DSF director declared that “financial supports must be prudent and directional and they must be helpful for Macau’s economy.”