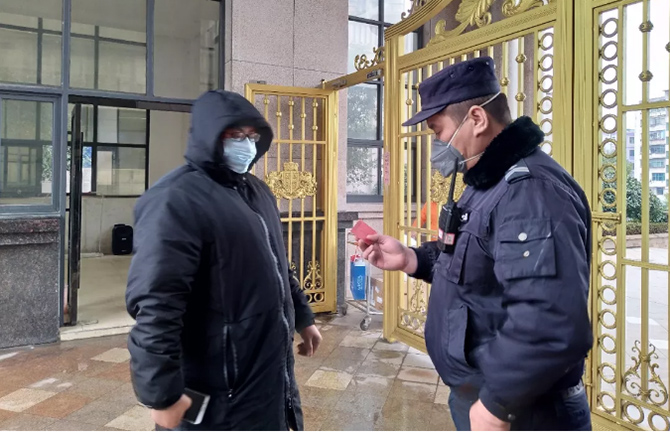 Some Macau residents who are currently in Hubei have expressed their unhappiness towards the fact that the Macau local government is unable to help them returning to Macau.

Last Thursday, a Macau couple, surnamed Tam, complained about being trapped inside a hotel in Wuhan city, Hubei province, due to the city’s epidemic battle measures.

According to a report by TDM, the couple wants the Macau government to communicate with the mainland’s relevant government in order to assist them to return to Macau soon. The couple went to Wuhan to visit their family members on January 22. In the following day, the Wuhan government announced the suspension of all public transportation networks. Since then, the couple has been living in Wuhan.

They currently live in a hotel room. The hotel provides them three meals a day but does not allow the couple to leave the hotel premises. The man said that both he and his wife contacted the relevant mainland government hoping to gain approval for them to drive their own vehicle and leave Hubei towards Macau. The man complained that the government in Hubei requires the couple to present a proof issued by the Macau SAR government stating that the Macau SAR government requests Hubei province to assist the two Macau residents.

According to Tam, who contacted the Tourism Crisis Management Office of the Macao Government Tourism Office (MGTO), the office has kept informing him that the Macau SAR government has not issued any proof asking for Hubei province to help the couple.

During today’s (Friday) press conference, representative of the MGTO, Inês Chan, responded to the couple’s complaint and defended the local government.

Chan acknowledged that MGTO is aware that some Macau residents want the local government’s help to return to Macau and that, in particular, these residents want to drive back to the city.

Chan explained that driving from Hubei to Macau implies crossing both Hunan and Guangdong provinces. Not only have these provinces different transportation policies, but different cities within the two provinces have also implemented different restrictions over transportation.

“The SAR government hopes to help as much as it can, but the government needs to coordinate with mainland cities’ policies,” said Chan.

Chan noted that they will need a large number of documents and that vehicles with a Hubei car-plate are not allowed to drive across other mainland provinces.

Chan clarified that the couple misunderstood that the Macau government would issue documents to help them drive back, hence their complaints.

Currently, a total of 119 Macau residents are still in Hubei province, spread across 18 cities.

In addition, the government reported the current situation of non-local workers from Hubei province. During Friday’s press conference, the local government announced it had successfully reached a consensus with the Zhuhai government for the latter to allow Macau’s non-local workers from Hubei province to quarantine themselves during 14 days in a specific hotel in Zhuhai. Prior to Friday, this particular hotel only accepted non-Hubei residents.

Currently, if Hubei workers pass a 14-day quarantine in this assigned hotel, the hotel will issue them a proof which they can then use in order for specially arranged vehicles to return them to Macau.

Representative of the Health Bureau Leong Iek Hou said that, “due to the market’s demands, the hotel is willing to bear a social responsibility, thus having reduced the hotel price to 7,600 Yuan for 14 days for a single room (542 Yuan per room per night) and to 4,660 Yuan per bed in a twin room for 14-days (332 Yuan per bed per night).”

As of Friday, seven workers from Hubei were already quarantined in the assigned hotel.