Merging of Education Funds does not aim at cuts: Ao Ieong 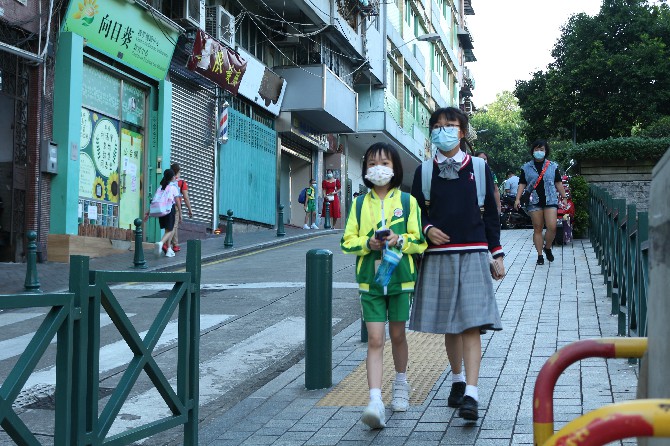 The merging of the different education funds into one single and autonomous fund would not aim to promote cuts to government funding of educational institutions, the Secretary for Social Affairs and Culture, Elsie Ao Ieong assured the Legislative Assembly (AL) on Monday.
Ao Ieong was at the plenary session to present and discuss the provision of the new bill to amend Law No. 9/2006, the non-tertiary education framework law, and Law No. 10/2017, regarding the tertiary education system, and was questioned by lawmakers on the matter.
According to Ao Ieong’s presentation, the amendments to the laws would include the merging of three existing funds within the ​​education field into a single autonomous fund, which she emphasized would not imply any reduction in the investment of the government in the education sector, but, instead, a rationalization of resources.
Another of the changes would include the merging of the Higher Education Council and the Non-tertiary Education Council into just one entity to be in charge of all education levels.
This comes after last year’s merger of the two previously extant Bureaus, which are now under the Education and Youth Development Bureau.
Ao Ieong also confirmed that the specific competencies and works of the Non-tertiary and Higher education levels would be catered for, as they would still be separated at the Department level.
Still, the explanation of the Secretary did not convince the lawmakers elected by the leader of party New Hope, José Pereira Coutinho, and Che Sai Wang, who expressed concerns regarding the mechanisms of control over public money under the new regime.
The bill was approved upon its first reading for the majority of the lawmakers, with only the two previously mentioned abstaining, calling for a better definition and explanation of the topic during the discussion that will follow at the AL Standing Committee, where the law will be analyzed in more detail.