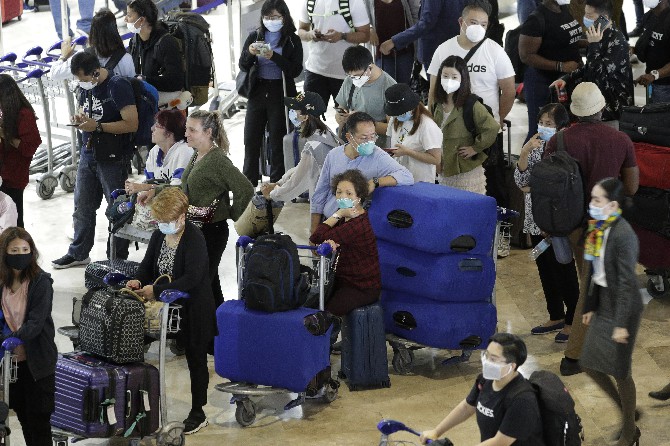 The Philippines is considering lifting a travel ban to Macau and Hong Kong that has already inconvenienced several hundred migrant workers working in both special administrative regions.
This comes after the country’s travel ban to Taiwan was lifted on Friday after the island issued a statement calling on the Philippine government to exclude it from temporary travel restrictions aimed at China. Taiwan stressed that it was “wrongly included” in the blanket ban designed to prevent spread of the coronavirus known as Covid-19.
Mocha Uson, an official from the Overseas Workers Welfare Administration (OWWA), said late last week that according to the country’s Department of Labor and Employment, the lifting of the temporary ban may occur soon.
“The ban will be lifted soon, that is according to Secretary Silvestre Bello III. That’s good news. We did not want this to happen but [the issue] has reached the Malacañang Palace and the president,” Uson said in a video clip posted on her social media page.
The information was confirmed by the country’s tourism secretary who told CNN Philippines that the government is already looking into lifting the temporary travel ban to both SARs. Secretary Bernadette Romulo-Puyat explained that travel restrictions are based on how a country or a territory implements protocols on how to address viral infection.
According to the official, both Hong Kong and Macau have yet to meet the conditions set by the Philippines’ Inter-agency Task Force for the Management of Emerging Infectious Diseases.
The imposition of travel restrictions on tourists from China and its SARs started on February 3 in a bid to mitigate the spread of Covid-19 in the Philippines. The ban covers all foreigners leaving China, Hong Kong and Macau, including those who visited these areas 14 days prior.
Although Filipino citizens are not subject to the new measure, they may be required to undergo a 14-day quarantine upon returning to their home country.
This has inconvenienced Filipino workers working in the three regions, as few or no flights were available. Carriers including Philippine Airlines (PAL), Cebu Pacific Air and Air Asia have canceled all of their flights to and from these Chinese areas.
Late last week, the Philippine Consulate General in the SAR announced that a special direct Macau-Manila flight operated by PAL could be arranged “a week from now” at a regular commercial rate.
This comes after 134 distressed Filipinos in the region submitted a petition to request a chartered flight as their visas are nearing expiry.