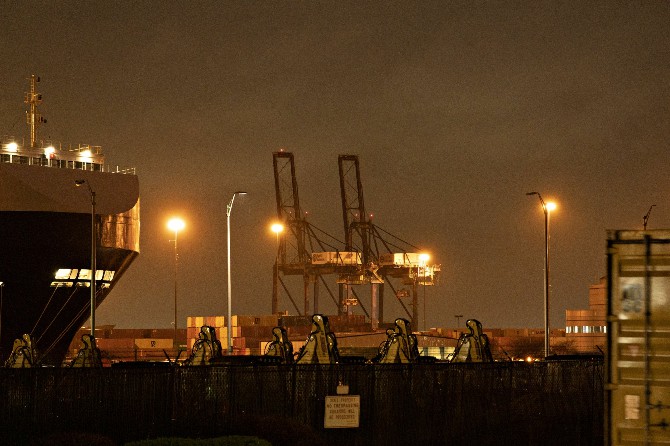 U.S.-China relations are the worst they’ve been in decades – at least since the Tiananmen Square crackdown in June 1989, which led to almost complete international isolation of China.
Some officials and observers have even publicly fretted that the U.S. and China are on the brink of a 21st-century cold war.
Significant disagreements over trade, human rights and China’s growing might have long been flashpoints in the relationship between the world’s two biggest economies. But tensions over China’s handling of the coronavirus outbreak and Hong Kong’s autonomy are pushing it to the breaking point.
Yet, what’s most interesting to us – as close observers of China’s economic and foreign policy – is the differences in how the U.S. and China are handling the fallout.
While the Trump administration has primarily focused on confrontation – by accusing China of mishandling the initial outbreak and threatening to downgrade its relationship with Hong Kong over China’s passage of a new security law for the island – China has been taking a more nuanced and moderate approach. The Chinese government hasn’t shied away from being provocative or defending itself, to be sure, but most of its foreign policy efforts have been directed toward strengthening its hand on the international stage through humanitarian aid and more investment.
We hope they’re wrong about a new cold war. But if they’re right, China’s focus on winning international hearts and minds – like the U.S. did in its Cold War with the Soviet Union – will likely prove to be the superior strategy.

Tensions boil over
Until Donald Trump became president in 2017, U.S.-China economic and diplomatic relations generally had been on an upward swing for more than three decades, despite occasional tensions.
The situation deteriorated sharply in mid-2018, when Trump launched a trade war with China. For the next one-and-a-half years, the two sides placed an escalating series of trade barriers on each other’s products, until virtually every product was subject to additional tariffs.
A breakthrough emerged earlier this year, as China agreed to buy more U.S. products in exchange for cutting some U.S. tariffs. But the thaw didn’t last long before the pandemic’s devastating impact in the U.S. prompted Trump to blame China for covering up the seriousness of the coronavirus in January – concerns that got a boost when countries such as Australia called for an independent investigation.
Then, after China passed a new security law in Hong Kong, raising fears of a loss of liberties, the U.S. threatened to downgrade its economic relations with the island, which could hurt its status as a regional financial capital. The U.K., Australia and Canada have also criticized China over the issue.

Disarm and charm
China, of course, hasn’t let these attacks go unanswered.
The Chinese government has engaged in a diplomatic and media campaign to defend its coronavirus policies and refute charges of negligence and cover-up. China’s ambassadors, for example, have used mainstream and social media to defend China’s policies to local audiences in countries around the world.
But its more substantive response came when China initiated a large-scale international humanitarian aid campaign in early March. After containing the spread of coronavirus at home, China has been supplying billions of dollars worth of medical supplies and dispatching medical teams to at least 82 countries all over the world, including Spain, Italy, Iran and dozens of African countries such as Nigeria.
Dubbed “mask diplomacy,” this assistance came at a crucial time when the pandemic had forced many countries, particularly the U.S., to turn inward and focus on domestic needs.

Belt and Road 2.0
Perhaps the most important part of China’s strategy relates to its Belt and Road Initiative.
Belt and Road, also known as the “new Silk Road,” is a US$1.2 trillion global infrastructure and energy investment plan launched in 2013. It’s China’s main strategy to promote its long-term economic interest.
Due to the global spread of COVID-19, however, many of its dozens of ongoing projects came to a halt and will be hard to resume as governments redirect their financial and fiscal resources to health care expenses and economic recovery.
So China is shifting gears, converting the initiative’s focus from energy and infrastructure – two industries that are less important in the current environment – to health care and digital telecommunications, which are sectors seen as critical to recovery.
Originally introduced in 2017, the “Health Silk Road” is being promoted as a way to invest in other countries’ health care infrastructure to help fight future pandemics and build cooperation.
Similarly, China’s “Digital Silk Road,” valued at $200 billion, is helping countries such as Italy, Pakistan, Bangladesh and Zambia improve their digital infrastructure, such as with advanced telecommunications technology.

Make friends, not enemies
These efforts are helping the Chinese government not only deflect the Trump administration’s anti-China campaign but also seize the opportunity to continue deepening its international relationships.
There is evidence it’s working, as surveys in countries such as Germany and Serbia show citizens are viewing China more positively – while becoming more critical of the U.S.
If Trump continues an anti-China policy with the aim of isolating the country internationally, he may want to rethink his strategy. Instead, he should follow China’s lead and return to the playbook that helped the U.S. in the 20th century: winning hearts and minds.  Nader Habibi, Brandeis University & Hans Yue Zhu, Yale University
MDT/AP/The Conversation