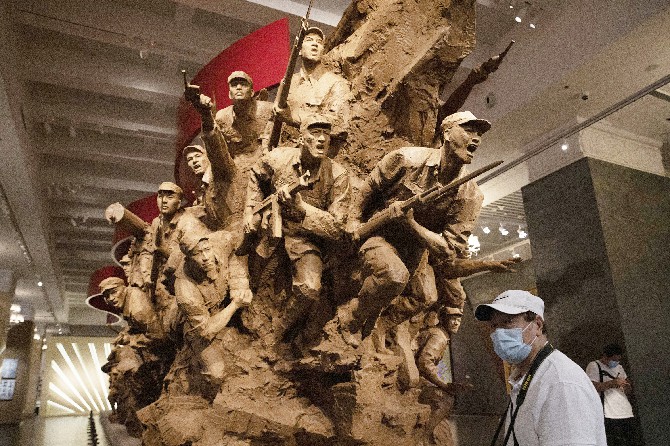 China yesterday commemorated the 75th anniversary of the end of World War II in the Pacific, during which it endured a brutal invasion and occupation of much of its territory by Japan.
Communist Party leader and head of state Xi Jinping led government officials in a minute of silence and presentation of floral wreaths at a memorial hall dedicated to soldiers and civilians who participated in the struggle.
Japan launched a full-on invasion of China in 1937, marked by urban warfare and atrocities such as the notorious Rape of Nanking.
While armies under Nationalist Party leader Chiang Kai-shek fought most of the major battles, Communist Party guerrillas under Mao Zedong forced Japan to divert soldiers and resources from battlefields elsewhere with low-level engagements.
Although Japan formally surrendered aboard the USS Missouri on Sept.2, 1945, China marks the end of the war on Sept. 3 when it first held nationwide celebrations.
The Communists swept to power in 1949 following renewed civil war against the Nationalists and continue to uphold the struggle against Japan as a source of their legitimacy to rule. Chiang relocated his Republic of China government to Taiwan, where it continues to enjoy strong though unofficial U.S. support after making a transition to full democracy more than two decades again.
The relatively low-key commemoration reflects social distancing rules in place during the coronavirus outbreak and contrasts sharply with how China has marked other significant anniversaries, including a lavish military parade through the center of Beijing last Oct. 1 to mark the 70th anniversary of the founding of the People’s Republic.
Earlier on Thursday, Xi told Russian leader Vladimir Putin that he wanted to work for “international fairness and justice,” the official Xinhua News Agency reported.
The exchange of messages was intended to commemorate the joint struggle of China and the former Soviet Union against the Axis powers, and also underscores the close cooperation over recent years between China and Russia in resisting the influence of Washington and the democratic West.
The two nations should use the 75 anniversary of the war’s end as an “opportunity to lead their countries towards deeper comprehensive strategic coordination,” Xinhua quoted Xi as saying.
“He also suggested that the two sides make concerted efforts with the international community to actively uphold and practice multilateralism,” Xinhua said, referencing China’s standard term for resisting American and Western influence. AP 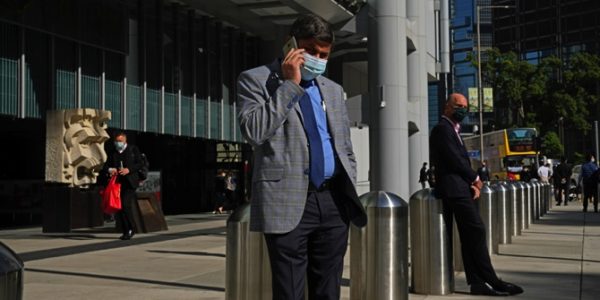