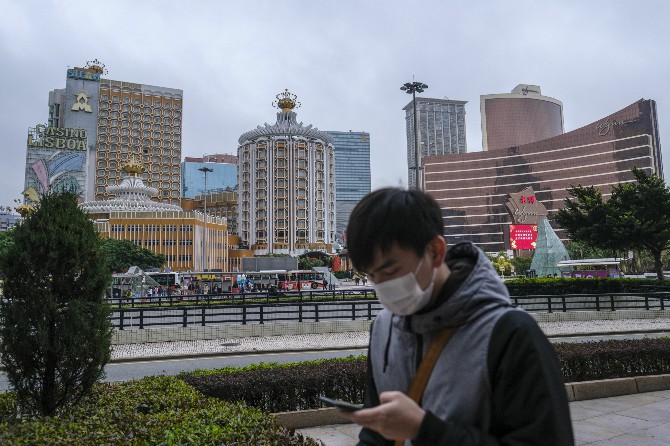 Macau gaming revenue has plummeted again in May, recording a drop of 93.2% from a year earlier, a figure that was slightly better than the median analyst estimate of 95%.
Data from the Gaming Inspection & Coordination Bureau shows that gross gaming revenue plunged to 1.76 billion patacas last month, representing the eighth month straight of declining revenue.
The figure shows that the SAR is still suffering the blow of the virus and ongoing entry and travel restrictions.
Meanwhile, analysts previously noted that casinos are losing more than $1 million a day.
The outbreak has been largely contained in Macau as well as in neighboring Hong Kong and Mainland China. However, restrictions on travel make it almost impossible for tourists and high rollers to show up to place their bets.
Several gaming tables in the city’s casinos remain vacant as the central government maintains its suspension of the individual visit scheme (IVS) and group tour visas.
It is still unknown when the central government will once again permit their citizens to apply for the IVS or grant group travel visas.
However, analysts are hoping that border and visa restrictions will be eased from this month – particularly after the recently concluded National People’s Congress.
Earlier, Chief Executive Ho Iat Seng said that the local government would request that the central government resume issuing the IVS and increase the number of cities covered by the scheme.
Even with restrictions being lifted, there will still be “a clear set of risks,” Sanford C. Bernstein analyst Vitaly Umansky wrote in a note last month. Health experts are concerned about a second wave of infections, protests are flaring up again in Hong Kong, and the Chinese economy’s recovery has been slow as relations with the US deteriorate.
The average daily rate of Macau’s gross gaming revenue from May 18 to May 24 fell into negative values, according to estimates from brokerage Sanford C. Bernstein.
The average daily rate stood at approximately minus 25 million patacas, implying that gross gaming revenue for the seven-day period had tumbled 103% year-on-year. Bernstein said that the decrease was driven by a very small base of players during this pandemic outbreak which has driven volatility, particularly in the VIP segment. The group said that some sources have suggested Macau’s GGR for May 1 to 24 was approximately 700 million patacas.
All casino operators have recorded a drop in gaming revenues in the first quarter of the year, with analysts at JP Morgan Securities (Asia Pacific) reporting that Macau casino operators have enough financial liquidity behind them to survive with “near-zero revenue” for years.
According to data provided by the Public Security Police Force, which oversees immigration matters in the SAR, the number of tourist arrivals in April was 219,329, a slight increase from March arrivals of 200,000
However, it remains significantly subdued compared to the more than 3 million tourists per month averaged last year.