New Macau hopes to bring new blood to the AL 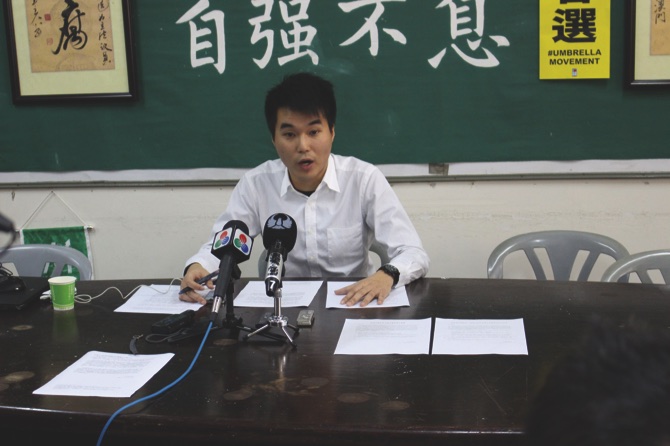 The full list composition is not yet known, although a public scuffle last month resulted in ANM president Scott Chiang announcing his resignation.

The announcement followed a board meeting held to decide the order of candidates to run on the group’s election ticket. The results indicated that Sou should head the list, followed by Chiang and then Paul Chan, a former legislator who served a term in office after the 2009 Legislative Assembly election.

However, members of the association anonymously revealed that the results had been modified, with Chiang demoted from the second place on the ticket to the third. Chiang later retracted his intention to resign immediately, saying that he would retain his position until after the September election.

During the official announcement of the group’s candidacy yesterday, Sou expressed the conviction that the list would elect two lawmakers in the universal suffrage election, even though former ANM veterans Ng Kuok Cheong and Au Kam San (who split with the association) are running on separate lists.

“The New Macau Association is confident. We hope to be able to elect two lawmakers to the Legislative Assembly. We fought over the last two years about many social issues which are relevant to the population. The political reform is one of the questions. Hence we are confident, even if Au Kam San and Ng Kuok Cheong will be individually elected,” Sou told Radio Macau.

Paul Chan confirmed that Sulu Sou would lead the list, followed by him. Asked about the controversy surrounding the list during yesterday’s press conference. Scott Chiang didn’t give a direct answer. “One thing is sure. I won’t be a candidate. So make your conclusions,” he said.