Saudi Arabia | Hajj will see at most ‘thousands’ due to virus 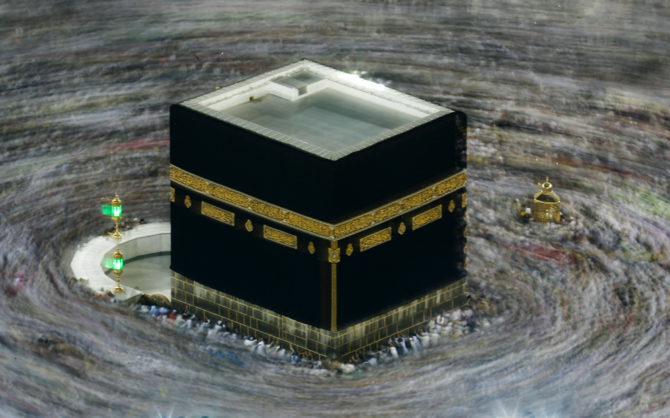 A Saudi official said yesterday that the hajj pilgrimage, which usually draws up to 2.5 million Muslims from all over the world, will only see at the most a few thousand pilgrims next month due to concerns over the spread of the coronavirus.

The kingdom’s Hajj Minister Muhammad Benten said a “small and very limited” number of people — even as low as just 1,000 from inside the kingdom — will be allowed to perform the pilgrimage to ensure social distancing and crowd control amid the global virus outbreak.

“The number, God willing, may be in the thousands. We are in the process of reviewing so it could be 1,000 or less, or a little more,” Benten said in a virtual press conference.

While the decision to drastically curb this year’s hajj was largely expected, it remains unprecedented in Saudi Arabia’s nearly 90-year history and effectively bars all Muslims from outside the kingdom from travelling there to performing the pilgrimage.

The Saudi government waited until just five weeks before the hajj to announce its decision. The timing indicates the sensitivity around major decisions concerning the hajj that affect Muslims around the world.

“This is a very sensitive operation and we are working with experts at the Health Ministry,” Benten said, stressing the importance of protecting the lives and health of pilgrims.

As part of the curbs, Saudi officials said that no one over the age of 65 will be allowed to perform the hajj and that all pilgrims and those serving the pilgrims this year will be quarantined both before and after the pilgrimage.

Saudi Arabia first announced yesterday that only a very limited number of pilgrims  would be allowed to perform the hajj in Mecca from among residents of various nationalities already inside the kingdom.

It’s a blow to those who’ve saved money for years to afford the journey — the hajj is not only a once-in-a-lifetime requirement for all Muslims but also a chance to wipe away past sins and connect with Muslims from all walks of life.

“It is a wish of every Muslim to perform hajj, but because of COVID-19, it will not be possible this year,” Chairman of the Islamic Centre of India Maulana Khalid Rashid said.

Rashid said China is ultimately responsible. “Had China told the world about COVID beforehand, the world would have reacted differently,” he said, adding that a delegation from India should be allowed to go and perform the hajj.

“This is an annual ritual and the tradition should not be broken,” he said.

The hajj typically draws 2 million people from around the world, with the rest coming from inside Saudi Arabia. It’s a profound experience, with the faithful standing should-to-shoulder in prayer, often weeping, their palms stretched toward the sky for five intense days of worship around Mecca.

Each country is allocated a specific quota of hajj visas according to its population of Muslims, with Indonesia having the largest, close to 221,000. In countries like Egypt, Pakistan and India, securing a slot can require hefty fees, a connection to a local official or simply years of patience.  AP