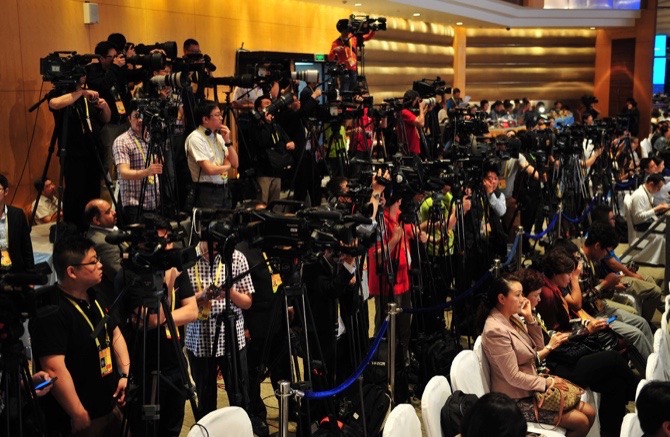 The Macau Portuguese and English Press Association (AIPIM) has released a statement outlining its objections to the proposed civil protection law, which is under public consultation until August 11.

In a letter to the Secretary for Security, Wong Sio Chak, the association questions the establishment of a “crime of social alarm” punishable with a three-year prison term. The perspective of introducing such a crime is “causing concerns amongst the journalistic community.”

While noting the obvious conflict that may arise from the law concerning the right to freedom of speech and the freedom to publish, the association also acknowledges a problematic provision that may affect civil servants, including those who work for broadcasting concessionaires.

The consultation document notes that “civil servants” who refuse to participate in civil protection work effectively commit the crime of disqualified disobedience, which may entail imprisonment of up to two years or a fine of up to 240 days.
“At this point, we are concerned about the way in which those responsible for the concessionaires for audiovisual broadcasting will be held responsible and in what terms may they incur the crime of qualified disobedience,” the AIPIM letter notes, referring to public broadcaster TDM.

The concern is heightened by the fact that it is not yet known which entity in the city will ultimately be responsible for determining whether reports that run contrary to official accounts can be classified as “rumors” or “false social alarm”.

“We emphasize that it is fundamental to preserve the guarantees expressed in Article 3 of the Press Law in which it is stated that the right to information includes: ‘guarantee of journalists’ independence; freedom of publication and dissemination; freedom of enterprise’,” the association’s statement notes.

“We believe that we are dealing with something very sensitive which, if not properly delimited and applied with good judgment, could endanger certain fundamental rights, freedoms and guarantees.”

AIPIM calls on the government to carry out the new law “with extreme care” and “defines very clearly, without ambiguity, the scope [of the prohibition].”

It also urges the authorities to “avoid any result that diminishes the role of journalists and editors of the concessionaire [TDM …] in accordance with the guarantees expressed in the Law of Press and Basic Law.”