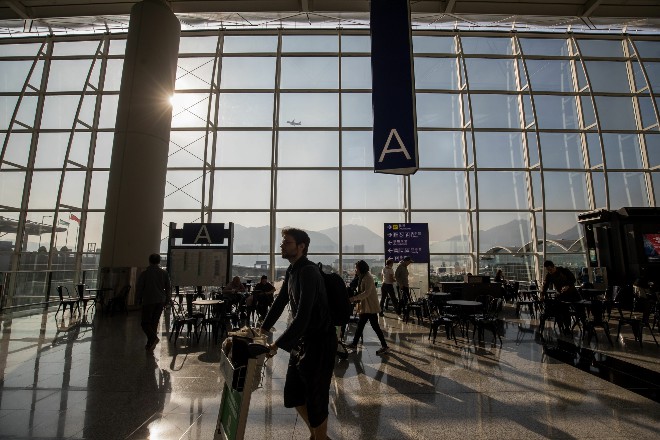 American Airlines said it has suspended flights to Hong Kong through Feb. 20 due to weak demand, and United Airlines will do the same next weekend.
Interest in travel to Hong Kong was already weakened by months of anti-government protests in the city, and has fallen off more recently as the coronavirus outbreak spreads in China.
On Tuesday, officials in Hong Kong reported the first death from the virus in the semi-autonomous territory, fanning fear that the virus is spreading locally. China reported 425 deaths and more than 20,000 confirmed cases, up sharply from figures the day before.
United, American and Delta Air Lines all announced they would suspend flights to mainland China shortly after the State Department issued an advisory last week telling Americans not to travel there.
However, American continued to fly to Hong Kong from Los Angeles and Dallas-Fort Worth, and United kept flights from San Francisco. Delta had not served Hong Kong.
Several hours after American’s announcement on Tuesday, United said it too would suspend Hong Kong flights beginning Saturday and running through Feb. 20. It cited the continued drop in demand.
In another sign of fading interest in traveling to Hong Kong, Disney said Tuesday that attendance and hotel stays in Hong Kong were down because of “recent events.” The company didn’t elaborate. AP