Angola to ‘look east’ after dismissing the IMF 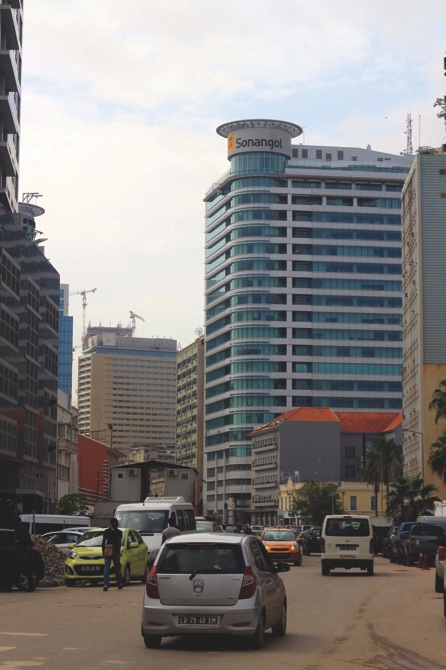 The Sonangol headquarters in Luanda

Angola’s decision to dispense with support from the International Monetary Fund (IMF) at a difficult economic and financial time was based on the idea of securing new financial support from China and of strengthening relations with other Asian countries, according to analysts.
The Africa Intelligence Monitor newsletter said the decision announced at the end of June, which meant giving up on a maximum of USD4.5 billion over three years, was taken following “firm” guarantees of “fresh money” from China, guaranteed by oil production in the coming years.
The decision also took into account the “good progress” of the process of securing loans on the financial markets, with the support of investment banks Goldman Sachs and Deutsche Bank.
Figures published recently by the Angolan Finance Ministry showed that between November 2015 and June 2016 the state took on new loans worth USD11.46 billion, including USD5 billion from the China Development Bank and USD2 billion from other Chinese banks (Industrial and Commercial Bank of China, Export-Import Bank of China and the China Development Bank).
Total state debt USD47.9 billion, including USD25.5 billion in foreign loans (excluding debt of public enterprises such as Sonangol) and loans of some USD3.3 billion from other foreign entities are in final negotiations.
The Economist Intelligence Unit (EIU), in its latest report on Angola, said the government “will use China’s additional loans to keep much needed capital expenditure for construction of roads and power plant programs, in particular.”
Other state funding sources are expected to be Western financial institutions and subsidized loans from the African Development Bank, and it is more unlikely Angola will make use of the Eurobond market, given the current market conditions, after the country’s debut at the end of 2015 of an issue of 10-year bonds worth USD1.5 billion, it said.
According to the EIU, financing needs will “put more pressure on the debt to GDP ratio,” which should be higher than expected.
In addition to China, an approach to South Korea has also been observed, particularly during the recent five-day visit to Luanda by the Veteran Affairs Minister of South Korea, Sungchoon Park.
Angola is an important market for South Korea, which is just behind China and Portugal in the list of top exporters, and is also the second largest investment destination in Africa for the Asian country. South Korea’s technological capability can support the Angolan economy at its current stage of diversification and reducing dependence on oil.
The Angolan press reported that Isabel dos Santos, the new president of Sonangol went to Seoul at the same time the South Korean minister was in Luanda to meet with representatives of the export credit agency, the Korea Trade Insurance Corporation.
Isabel dos Santos also discussed with local banks financing options for two new drillships, which Sonangol is due to receive soon.
According to the EIU, South Korea may be “ideal” for Angola for providing credit facilities with state guarantee to help unlock investments” as part of the diversification of partnerships after the country has made use of funding from China, Portugal, Brazil, Germany and the United States. MDT/Macauhub