Australia | Swelters through its third-hottest year in 2014 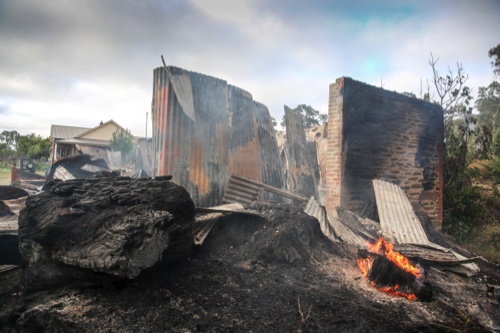 Australia sweltered through its third-hottest year on record in 2014, following a record hot 2013, weather authorities reported yesterday.
The southern spring from September through November last year was Australia’s hottest on record, the government’s Bureau of Meteorology said in its annual climate statement.
The hot spring has set the stage for the current summer wildfire season to start early, with dozens of homes destroyed and thousands of residents evacuated from fire danger zones across southern and western Australia in recent days.
Seven of Australia’s 10 hottest years since national records started in 1910 have occurred since 2002, the statement said.
Australia’s second hottest year was 2005.
The independently funded Climate Council think-tank said the statement showed that climate change was making Australia hotter and more prone to wildfires.
“Over the past four decades, climate change has increased the occurrence of high fire danger weather in the southeast — exactly the type of conditions that have led to the early January fires in South Australia and Victoria” states, Climate Council expert Will Steffen said in a statement.
The Bureau of Meteorology cited World Meteorological Organization preliminary data that indicates that 2014 is likely to be recognized as the world’s hottest year on record. AP