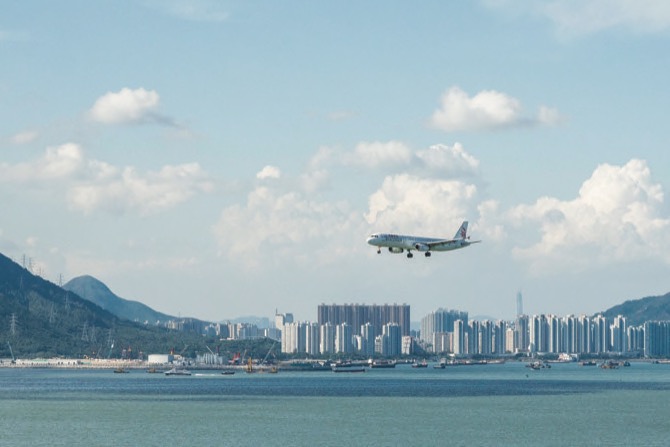 Two new routes, including a direct flight from Muan, South Korea to Macau launching this month, are expected in the second quarter says Eric Fong, director of the Marketing Department of Macau International Airport Ltd (MIA).

Fong, who spoke on the sidelines of a breakfast talk organized by the British Business Association of Macao, said that the airport was still eyeing carriers in order to open new destinations in Southeast Asia, without revealing the total number of new flights that will operate from the SAR this year.

Fong also did not disclose the dates the two new routes will commence.

Air Macau is set to increase the size of their fleet and plan to add more frequent flights to Japan and mainland China according to Fong, adding that China Eastern Airlines is planning to add Macau as a new destination.

With Air Macau’s 25-year concession agreement set to expire November 2020, the executive revealed that there are a number of airlines that are in initial talks with the airport, including budget airline AirAsia and Xiamen Airlines.

“Currently, we have several airlines that are interested […] but these are [still] initial talks and they just gave us some expectations. What’s more important is to follow the government’s [requirements],” Fong told the press.

Commenting on the 26 berths currently at the local airport, 22 of which are used by Air Macau, Fong hinted that the airport would try to work with carriers to optimize parking once the local carrier ends its  exclusive concession.

Regarding the South Expansion Project of the Terminal Building, Fong reiterated that it would raise the maximum passenger capacity per year from 7.8 million to 10 million, adding three more loading bridges.

Set to be completed by 2020, Fong did not provide details on acquiring approval of the master plan from the central government.

“That will be another issue because our airport also works for the Civil Aviation Authority. [….] We will fully support how they want to expand in the future,” the marketing director said.

Commenting on the airport’s interest in long-haul flights, Fong remarked, “we have several destinations that we would like to consider [including] Australia and India. [We will also] see if there is any potential to do charter services.”

The executive also clarified that Turkish Airlines – which was in negotiations with the airport to operate a commercial flight between Macau and Istanbul – has postponed its plans of establishing connections between the cities.

“We are still working closely with Turkish Airlines. For this year, they will not consider it because they have another issue for 2020 [but] Macau is an opportunity,” Fong said.

Currently, there are a total of 28 airlines flying to 54 destinations from MIA, 18 of which are legacy airlines, while 10 are budget carriers.