Conrad Macao has supported the Pink Revolution campaign, an annual event that raises awareness and funds for breast cancer research, again this year, making it the fifth year in a row.
This year the lunch event raised over MOP91,000 for the campaign thanks to the support of major retail sponsors.
The Australian television celebrity Kerri-Anne Kennerley who flew in from Australia especially for the event also gave an inspiring speech to the audience.
Kerri-Anne is one of Australia’s most iconic media personalities and has had an impressive line-
up of television hosting roles including ‘Good Morning Australia’ and ‘Monday to Friday with Kerri-Anne’.
She also performed in one of Australia’s most popular TV shows ‘Dancing with the Stars’ and more recently she appeared as an advisor on Australia’s ‘Celebrity Apprentice’ television show.  Away from the spotlight she is a passionate charity worker with the ‘Look Good, Feel Better’ program and multiple breast cancer awareness organizations.
Guests were all dressed in various shades of pink; all while they dined on a special pink themed menu created by the chefs at the hotel.
More than MOP120,000 in prizes were donated by sponsors. The lucky draw included luxury hotel getaways to Conrad Maldives, Conrad Instanbul Bosphorus, Conrad Koh Samui, Conrad Manila, Conrad Bali, Conrad Seoul, Conrad Beijing. LV 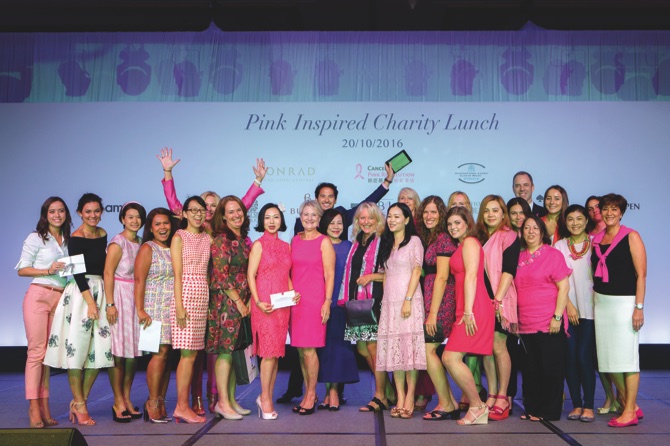 Congratulations to all the winners of the raffles prizes 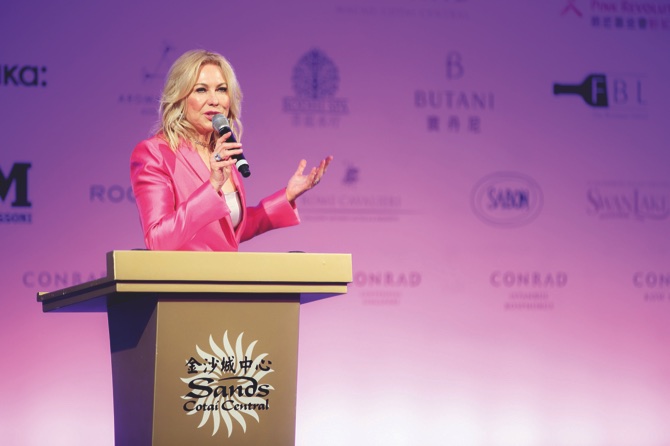 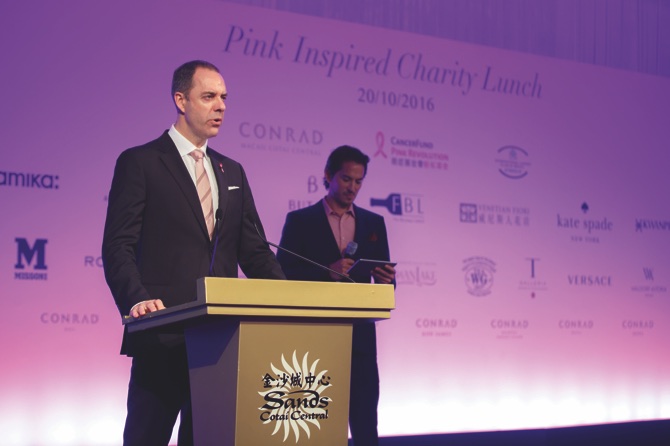 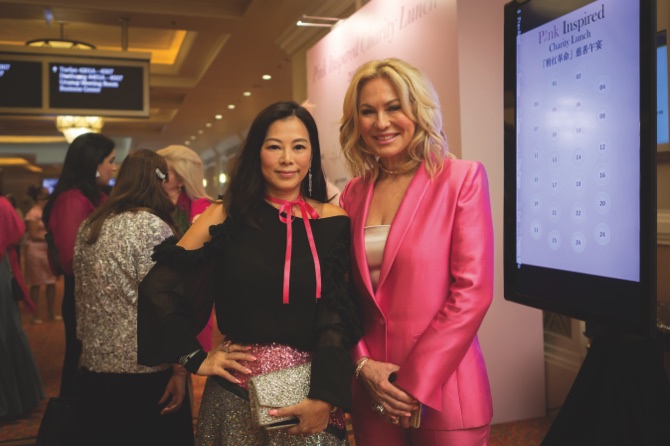 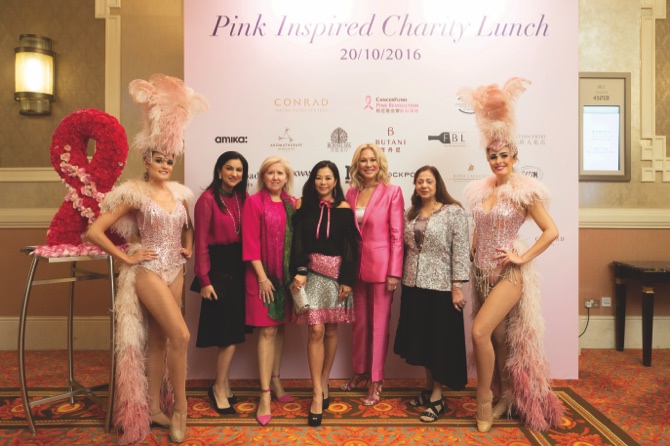 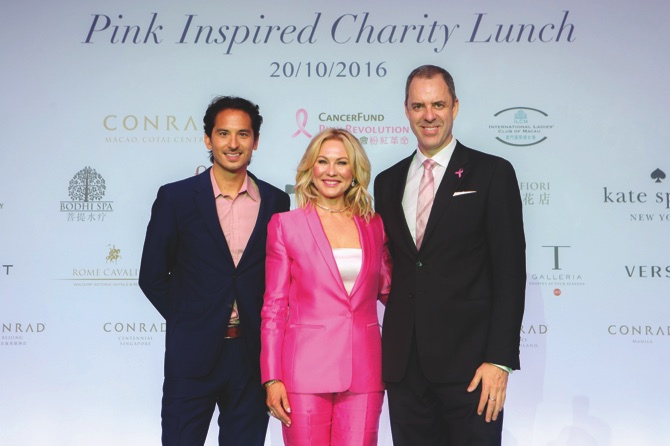 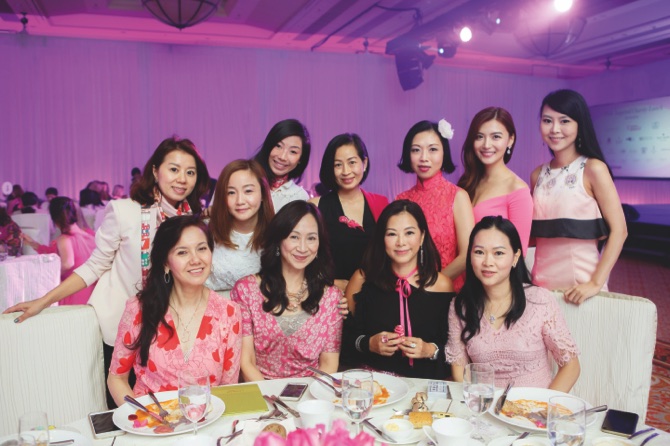 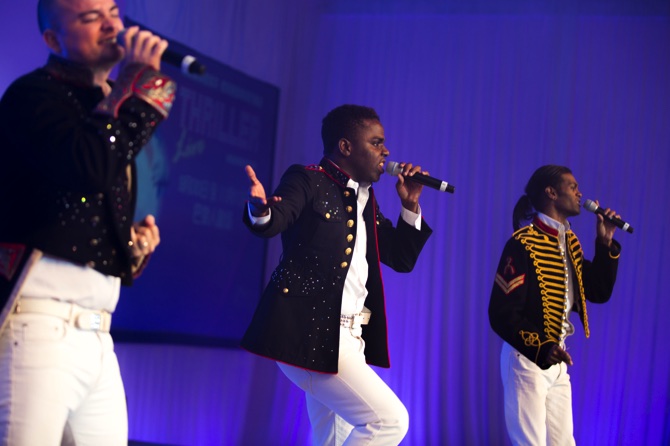 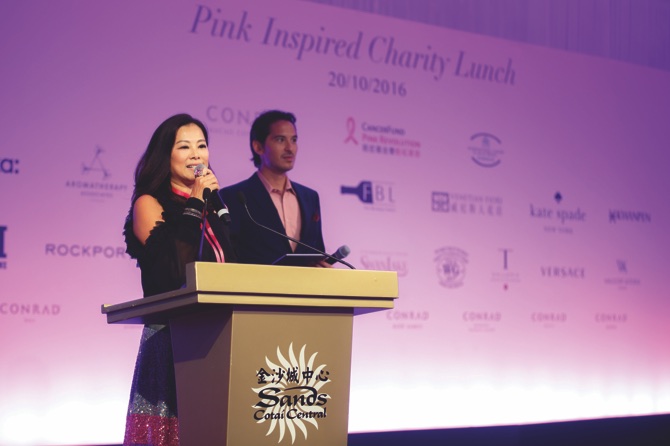