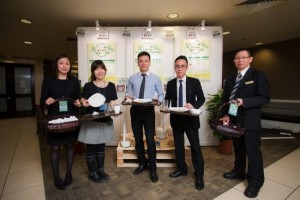 Sands China recently organized two activities for team members to support World Hunger Day as part of the community engagement efforts of the Sands ECO360° global sustainability strategy. Taking place May 28 each year, World Hunger Day aims to raise public awareness about the problem of hunger and starvation worldwide.
Sands China’s support of World Hunger Day included a three-day Clean Plate Challenge May 26-28. It asked team members to reduce food waste by taking only what they would eat, thereby minimizing the amount of leftover food thrown out. Sands China pledged to donate MOP 1 to Caritas Macau each time a team member returned a clean plate at any of the team member dining rooms.
The challenge raised a total of MOP 60,000 for Caritas Macau. The funds will be used by Caritas Macau to purchase food packs for low-income families, enough to provide assistance to 200 families in need. Additionally, a company-wide food drive was also organized to help stock the shelves of local food banks run by Caritas.
“I’d like to thank our team members for doing their part in helping make these World Hunger Day initiatives a success,” said Mark McWhinnie, Senior Vice President of Resort Operations and Development. “We have long been committed to organizing and promoting events that benefit the community, and we will continue to dedicate our efforts toward supporting worthy causes such as this.” 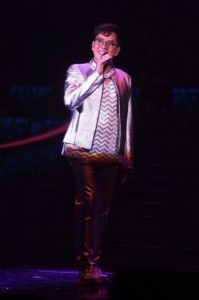 Located next to Galaxy Macau, the Broadway Theatre, part of the new Broadway Macau complex, provides a venue for local audiences to watch Asian and international stars and performances. Broadway Macau presented its very first concert, Alan Tam 40th Anniversary Live 2015, which celebrates Mr. Tam’s 40 years in the Hong Kong music industry as well as the grand opening of Broadway Macau. Alan is well known by his title as “Headmaster of Music Industry”, demonstrated by tickets selling out right after the show was announced.
Awarded the highest Hong Kong musical awards twice, during the concert Alan packed in all his famous hits through the years, refreshing audiences’ memories with the familiar melodies of “I Rather”, “Love Trap”, “Love in autumn” and “One song, one story”.