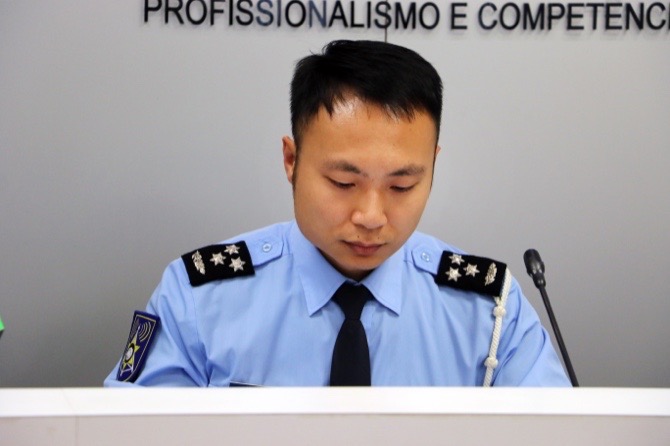 The Judiciary Police (PJ) has reported various scams over the weekend, with two involving large sums of money, the suspects of which are residents of Hong Kong.

Meanwhile, the Public Security Police Force (PSP) has reportedly dismantled a prostitution ring operating in the Iao Hon neighborhood, resulting in the detention of 10 people.

All the cases were reported during yesterday’s joint press conference by the police authorities held at the PSP facilities.

A 27-year-old mainland resident was scammed by two Hong Kong residents in their thirties while trying to exchange a large sum of money from RMB into HKD for gambling at a local casino, the PJ spokesperson said.

The case occurred on April 4 when the victim met one of the suspects in the casino and negotiated a deal to exchange RMB432,500 into an undisclosed amount of HKD currency.

Suspicious about the deal, the victim tried to confirm whether the suspect had the HKD currency with him in order to make the exchange, but after he was shown the cash, he decided to continue with the transfer of the money to an account indicated by the suspect.

After the bank transfer, the suspect did not hand the agreed sum of money to the victim, claiming that he did not receive the confirmation of the transfer from the bank. This resulted in an argument, and in that time, the second suspect appeared and took away the HKD cash from the first suspect, and tried to flee.

The casino’s security intervened and stopped the three during their heated exchange, handing them over to the PJ.

During the investigation, the police found out that one of the suspects had tried to flee the security of the casino, saying that the victim had lied to them but was unsuccessful.

The two suspects were handed to the Public Prosecutions Office (MP) under the charge of “high- value scam.”

A local resident has been scammed into the purchase of a luxury watch offered at a much more attractive price sold by a 33-year- old female Hong Kong resident.

The case, which has been filed at the PJ since August last year, had some new developments on April 3, when the woman was finally spotted in NAPE and detained by the PJ.

According to the complainant, he met the woman in July 2018 and she offered him the opportunity to buy an expensive luxury watch, normally priced at around HKD275,000, at a much cheaper price.

He trusted the deal and gave the woman a total of HKD30,000 in cash and later transferred another RMB30,562 via WeChat Pay.

After the payment, he waited for the watch and upon the realization that he had been scammed, made a complaint to the PJ.

After being detained and taken into custody by the PJ, the suspect told the police that she had given the money to a third person located in the U.K. who was responsible for getting the watch. However, the police did not believe the woman as she could not provide the third person’s contact information.

She was also presented to the Public Prosecutions Office (MP) under the charge of high value scam.

In a third report of scams this week, a local male was said to have been conned to the amount of MOP50,000 on an online gambling platform.

The case, also reported by the PJ, occurred on April 5 when the local resident wanted to withdraw his earnings from the gambling platform and was not able to do so.

According to the report, the victim had met another mainland man through a social network in March.

After some time, the victim eventually told this new friend that he was struggling with financial problems, which resulted in the suspect sending him a QR Code providing him access to download the online gambling platform to win some extra money.

At first, the victim said that everything was running smoothly but the earnings were low. The suspect then told him that if he topped up his account with MOP50,000, his account would get promoted to a higher level, where the earnings would be much higher too.

The victim them borrowed money from several friends to collect MOP50,000.

He then decided not to use the money and tried to withdraw it, but the platform did not allow it. He was said to have contacted the game’s hotline and was told by the operator that he needed to earn over the sum of MOP50,000 in order to withdraw. After a few days, he increased the funds in his account to MOP56,000 after winning at the games.

The request to withdraw was still denied and this resulted in the victim filing a complaint, claiming that he had been scammed and faced losses of MOP50,000. 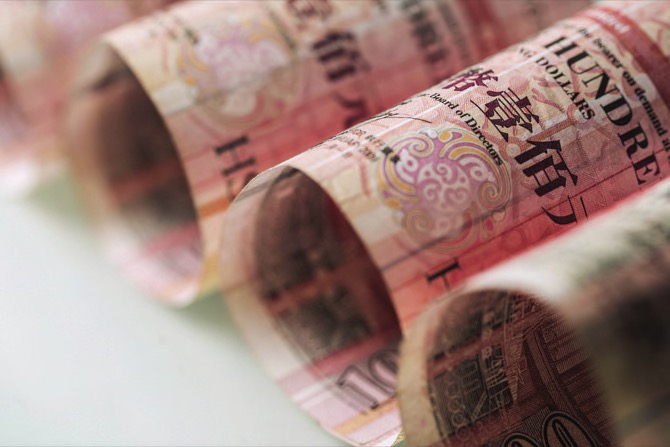 The PSP has carried out an operation which has resulted in the dismantling of a prostitution ring operating in two apartments on Rua Um do Bairro do Iao Hon in Macau’s northern district, as stated by a PSP spokesperson.

According to the same spokesperson, the PSP acted on a tip- off and conducted an operation around noon on April 4 in a building in Iao Hon, detaining four women at the staircase.

After entering one of the apartments, they found another three people,  a 48-year-old local woman and a man and woman from the mainland.

The three people were suspected to be supporting and managing the operation of prostitutes in the building.

Taken into questioning, the first four prostitutes revealed that they were operating in two apartments in the same building, which led to a second visit to the place by the police.

In the second apartment, the PSP found another three people, two women from the mainland who were involved in prostitution activity and one local male resident who was a customer.

Further searches in the apartment also revealed several items that supported the activity such as condoms and other materials, the police said.

Initially, no one claimed to have rented the apartments and the local woman said that she had been “offered” the two apartments for the activity, free of charge. After further investigations, the police found out from one of the prostitutes that she was paying a daily rental fee of MOP450 for the use of the apartment, which the others confirmed.

According to the information from the prostitutes, whose ages range from 30 to over 50 years old, they had been operating in such venues since the second half of 2018 and they would charge customers between MOP100 and MOP150 for sexual services.

The prostitutes were sent to the Public Prosecutions Office (MP) for further investigation into the case.