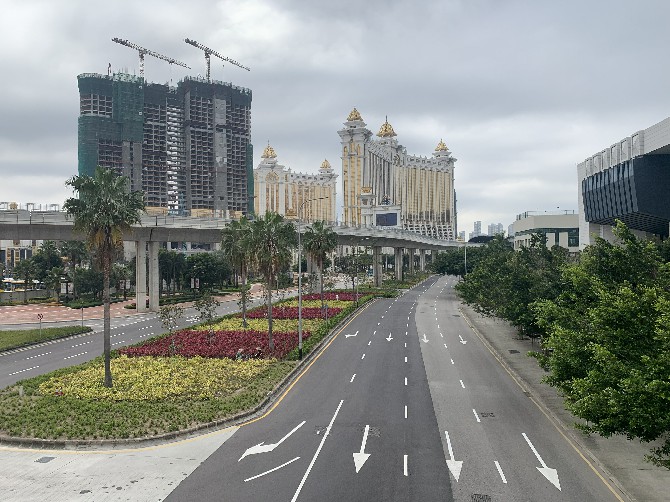 The enduring impact of the novel coronavirus has analysts now expecting next month’s gross gaming revenue to plunge by as much as 80% in year-on-year terms.
Analysts at Sanford C. Bernstein and share a similar outlook to those at J.P. Morgan, predicting that gross gaming revenue in February will plummet by as much as 90% in year-on-year terms. Now they also say the significant drop will likely continue into March.
Previously, analysts at Bernstein said that gaming revenues in the city could tumble 95% when it was still unclear whether the 15-day casino shutdown would be prolonged.
The brokerage estimated that Macau’s gaming revenue was at MOP2.1 billion in February at an average daily rate of MOP255 million to MOP260 million – down 65% year-on-year.
The reopening of casinos does not guarantee that business will immediately pick up as the central government still has travel restrictions in place for its residents. Only those with visas granted prior to the implementation are permitted to enter fthe city.
Bernstein analysts Vitaly Umansky, Eunice Lee and Kelsey Zhu, also agreed that there are still no clear indications of when the gaming industry will recover.
“IVS [Individual Visit Scheme] and group visas into Macau are suspended and most transport is severely disrupted, with most airlines cancelling or limiting flights into Macau and surrounding airports,” the brokerage said in a note seen by Inside Asian Gaming.
“We estimate February to be down 90% and March potentially to be down 80% [assuming no significant improvement in travel]. The operators we have spoken with do not see any clarity on [the] timing of recovery at this time.”
The city’s gaming revenue for the first half of this year can only be clearly predicted once travel restrictions from China are lifted as mainland China is still the primary source of revenue in the city’s gaming sector.
Looking ahead, the analysts have positively stated that performance in the second half of the year would be stronger than the first six months for Macau’s gaming industry.
“We see a solid recovery in place in [the second half], followed by a strong 2021,” noted Bernstein. LV