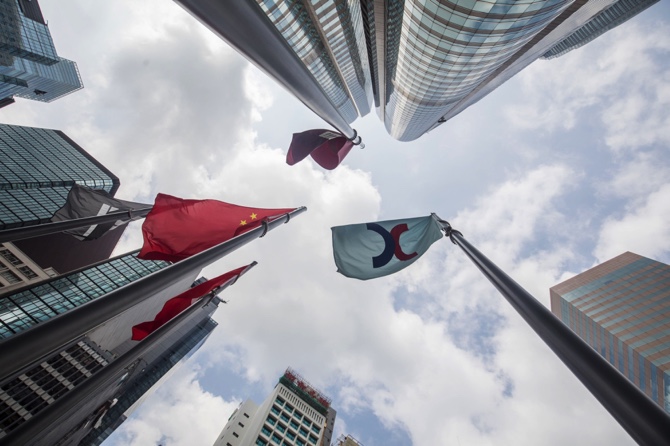 Hong Kong’s exchange faces a challenging year as the spreading coronavirus chokes off deals, adding more urgency to its efforts to convince Beijing to further open its markets and cement the bourse’s role as a gateway to China’s corporate giants.

With deal makers stranded at home and large parts of the Chinese economy under lock down, no initial public offerings have priced since mid-January after an initial flurry, posing an early challenge for Hong Kong Exchanges and Clearing Ltd. to retain its spot as the world’s No. 1 IPO market.

News this week that Alibaba Group Holding Ltd., which made a big splash last year with a $13 billion listing in the city, won’t be able to join the trading link between Hong Kong and mainland China also underscored the difficulties the bourse faces in forging closer connections with investors in the world’s second-largest economy. That strategy is seen as key to its future growth after last year’s failed bid for London’s stock exchange.

“There’s always uncertainty and the market knows that China never committed to anything,” said Chi Man Wong, a Hong Kong-based analyst at China Galaxy International Financial Holdings Ltd. “Most of the time Hong Kong is ready, and it all depends on China.”

Other initiatives such as Primary Connect, which will allow Chinese investors to subscribe to Hong Kong IPOs and vice versa, and ETF Connect, are still both up in the air and at the mercy of Chinese policy makers.

Alibaba’s secondary listing was a big win for the exchange and raised hopes that more of China’s biggest companies would go the same route. The company’s exclusion from Stock Connect stems from an undisclosed agreement between Hong Kong and the mainland exchanges to keep companies with secondary listings and weighted voting rights out.

“It’s up to regulators on both sides to agree on stock connect inclusions, and it’s usually the Chinese side which needs more time to think,” said Andrew Lam, director of BDO Hong Kong. “Especially with the coronavirus outbreak right now, any policy unrelated to virus control has to give way.”

An exchange spokesman said “there have been no recent developments in how Stock Connect is structured. HKEX continues to support all developments that it believes to be in the best interests of the region’s financial markets, investors and issuers.”

While deals may be in question, the virus-stoked market gyrations caused trading volumes to more than double so far this year. A respite from the 19% plunge last year as the city was rocked by pro-democracy protests, which are still showing no signs of ending.

Sharnie Wong, an analyst with Bloomberg Intelligence, said in a recent report that the volatility stemming from the virus outbreak could “boost” the exchange’s first-quarter earnings.

Its top spot in IPOs last year can to a large degree be ascribed to major reforms two years ago, which allowed companies with dual class structures to sell shares and lifted a ban on secondary listings by Chinese companies.

Stock Connect, and the demand it has created since coming online more than five years ago, is also a big part of that success. The link allows Chinese investors to buy about $15 billion in shares in Hong Kong a day, offering a key route around the nation’s capital controls for mainland investors.

Underscoring the importance of Stock Connect, Charles Li, the exchange’s chief executive officer, said in an interview with Bloomberg Television in 2017 that “a pure Hong Kong listing would probably not be compelling” when asked about the potential for luring the mega IPO of Saudi Aramco.

Companies included in Hong Kong’s Hang Seng Composite Index are qualified for the link. But the Shanghai and Shenzhen stock exchanges have the final say on which Hong Kong stocks are eligible for Chinese buying, while Hong Kong decides on flows into the city. MDT/Bloomberg