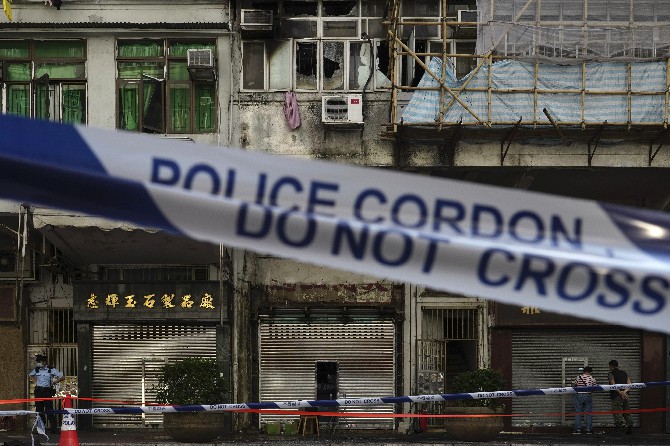 Authorities in Hong Kong said at least seven people were killed and 11 injured in a fire at an apartment building that may have started at a gathering of people from the city’s Nepalese community.
The blaze broke out Sunday night in Yau Ma Tei, a usually bustling area in Kowloon packed with old apartment blocks, shops and businesses.
The apartment where the fire started may have been operating as an unlicensed restaurant, according to the area’s district council member, Leslie Chan.
The Hong Kong government said those who died were four men and three women, with the ages of those killed and injured given as between 8 and 48. Chan said the dead and injured were from the Nepalese community.
Fire officials said at a news conference early yesterday that the cause of the blaze was still unknown. The building lacked a sprinkler system and people were trapped in the back of the kitchen, according to fire services department officer Cheung Kwong-yuen.
Local media reports said that people in the restaurant were celebrating Diwali, a Hindu festival, as well as a birthday when the blaze occurred. Lit candles had set soundproofing materials on fire, according to the media reports.
Residents in the neighborhood said those caught in the fire were from Nepal. Many Nepalese live in the area and work in Hong Kong’s finance, retail and security businesses.
The apartment in the low-rise building where the fire broke out had some of its windows blown out and exterior walls were charred with soot. The building was cordoned off while police stood guard.
Chan said the district council is providing assistance to those evacuated from the building and some will need to stay temporarily in hostels while the fire is investigated.
Hong Kong leader Carrie Lam issued a statement shortly after midnight saying she was “deeply saddened that the fire in Yau Ma Tei last night caused a number of deaths and injuries.” She also visited the site of the fire yesterday morning.
Local media said the fire was the deadliest since a 2011 blaze that killed nine people.
The incident highlights fire safety issues in older buildings in the city, home to some of the world’s most expensive real estate. Deadly fires used to be a regular occurrence in Hong Kong, one of the world’s most densely populated cities, but have dwindled in recent years as the government implemented stricter fire safety measures. AP 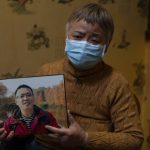