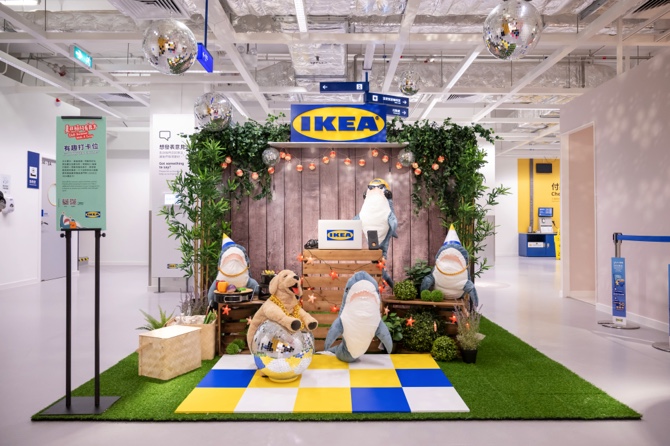 IKEA Hong Kong and Macau stores have launched its “Chill Summer with a Twist” campaign, which includes shopping rewards.

Until June 12, those who take photos at the campaign’s designated “Fun Photo Corners” in Macau IKEA stores, upload the photos to their Instagram with the location tag, and use one of the campaign hashtags will have a chance to win an IKEA gift card worth MOP1,000.

The campaign hashtags include #IKEASingleFUN for portraits, #IKEADoubleFUN for couple photos, and #IKEATripleFUN for group photos of three people or more.

A total of six winners for the most creative photo in each category from both Hong Kong and Macau will be announced on June 13.

The campaign also includes shopping offers where, until June 12, by presenting a receipt on the same day of a single purchase of MOP100 or more, shoppers can receive the “Chill Summer with a Twist” stickers and a MOP20 coupon.