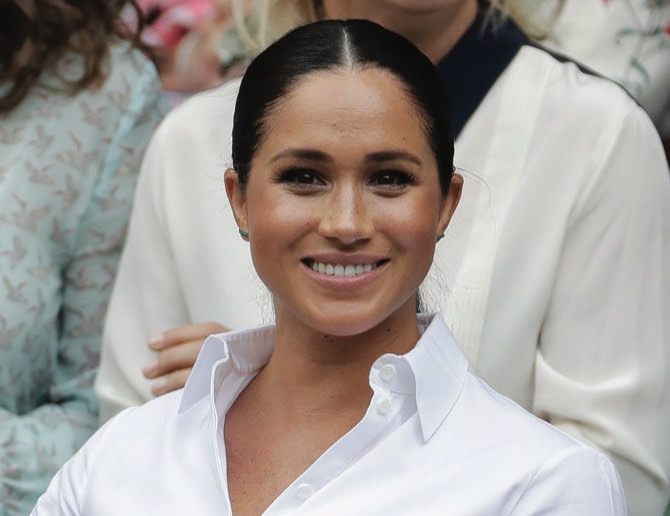 Meghan, the Duchess of Sussex, has guest edited the September issue of British Vogue with the theme “Forces for Change.”

Royal officials say the issue coming out Aug. 2 features “change-makers united by their fearlessness in breaking barriers” and includes a conversation between Meghan and former U.S. first lady Michelle Obama.

Meghan, who is on maternity leave from her royal duties, said she hopes readers will be inspired by the magazine’s focus on the “values, causes, and people making impact in the world today.”

Kate, the Duchess of Cambridge, was featured on the magazine’s cover in 2016. 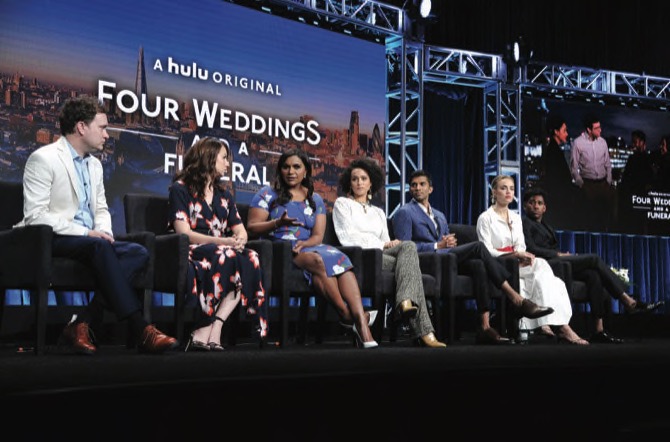 Hulu’s “Four Weddings and a Funeral” pays homage to the 1994 film, but don’t expect a Hugh Grant copycat in the limited series.

That character and look were “iconic” for Grant’s career and for British comedy, Kaling said, but there are other ways to be sexy and stake out new ground.

“It makes room for a lot of other fascinating characters,” Kaling told a TV critics’ meeting last week.

In the 10-episode Hulu series, it’s Pakistani-British character Kash who’s front and center in the story of four friends and their love interests in London. He’s played by Nikesh Patel, a British actor of Indian descent. 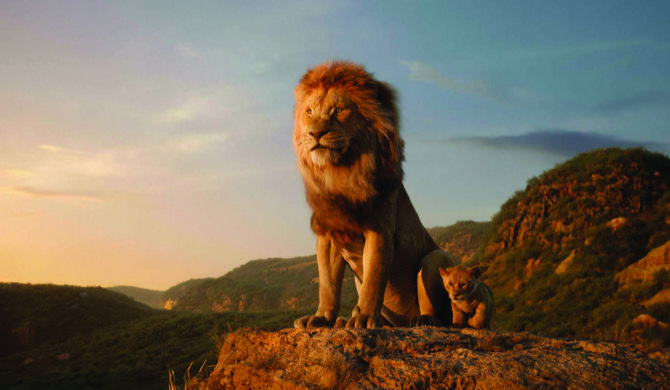 The Lion King” rode its circle of life into a second weekend atop the box office and “Once Upon A Time … In Hollywood,” while not quite doing fairytale numbers, gave director Quentin Tarantino his biggest opening ever.

Disney’s photorealistic remake of the Hamlet-themed tale of Mufasa, Simba and Nala, featuring the voices of Donald Glover and Beyoncé, brought in $75 million in North America, according to studio estimates Sunday. Its domestic total of $350 million makes it the year’s fourth highest-grossing film after just 10 days of release.

“Once Upon A Time … In Hollywood” finished a distant second with $40 million in its opening weekend for Sony, but it bested the 2009 opening of Tarantino’s “Inglourious Basterds” by $2 some million and made a strong showing for an R-rated, nearly-three-hour film that was not a sequel or remake and was aimed solely at adults.

The film with Leonardo DiCaprio, Brad Pitt and Margot Robbie as denizens of a 1969 Los Angeles where old Hollywood was fading and the Manson family was rising was more star-powered than Tarantino’s previous eight movies.