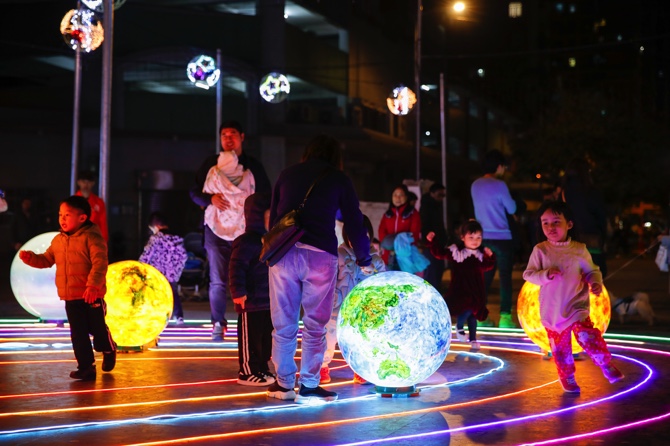 Two teams from Japan and Shenzhen will stage projection mapping shows at the Macao Light Festival 2019 from December 11 to 19 in celebration of the 20th anniversary of the establishment of the Macau special administrative region.

Hailing from Japan, the show “Prism” depicts the historic stories of Macau. Merging the light effects created with 20 new-model programmable LED lights, the show recalls the city’s tolerant history, highlighted by its projection on the exquisite architecture of St. Joseph’s Seminary Church.

“The Adventures of Snow”, created by the team from Shenzhen in the Guangdong-Hong Kong-Macau Greater Bay Area, unfolds the adventures of a snowflake which floats past attractive delicacies, enjoys the thrill of motorsport and visits a magnificent church. Surprises are discovered along the journey, paying tribute to Macau with dreamlike imagination brought to life.

The Macao Light Festival 2019 is being held from December 1 to 31 in various locations across the city, presenting projection mapping shows, light installations, interactive games and more. It is present in the peninsula’s northern district for the first time, where various spots are illuminated and a mapping show is being projected at the site of the now-closed Macau (Yat Yuen) Canidrome.