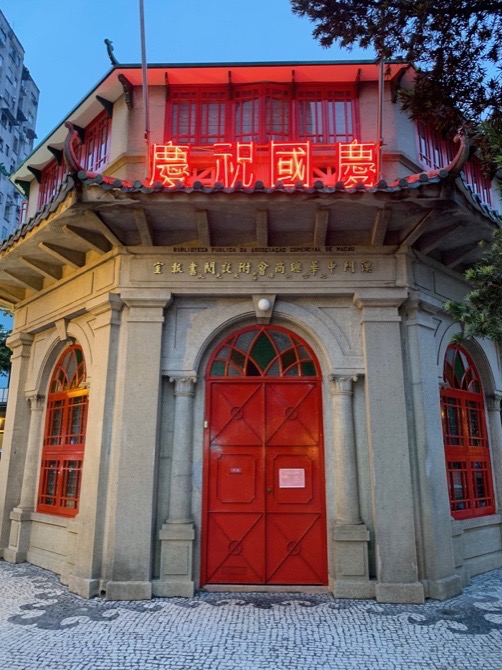 The Macau SAR government is organizing a series of celebratory events prior to and on October 1, the National Day of the People’s Republic of China.

This year marks the 70th anniversary of the People’s Republic of China. Up to and including October 1 the SAR government is holdng a series of celebrations to commemorate the occasion.

An acrobatics show titled “The Golden Hooped Rod,” presented by the Cultural Affairs Bureau and the Liaison Office of the Central People’s Government in the Macau SAR, will be held today and tomorrow at 7.30pm at the Macau Forum.

On National Day, celebrations will kick off with the annual flag raising ceremony at Golden Lotus Square.

After the ceremony, there will be a National Day happy run event that is estimated to attract 18,000 participants. Participants will run for approximately 3 kilometers, starting and ending at the square.

The government will also make large screens available at several public outdoor venues to broadcast the military parade in Beijing on National Day live, allowing members of the public to watch the event.

At night, like every other year, there will be a fireworks display by the waterfront next to Sai Van Bridge. This will also be the closing night of the Fireworks Display Contest organized by the Macao Government Tourism Office, featuring the teams from France and mainland China.

The SAR government also hosted a National Day Cocktail Reception at the Macau Tower yesterday to share the joy of the National Day with distinguished residents from all walks of life.

Meanwhile, public decorations were being erected across town over the weekend, including the planting of dozens of Chinese flags at Rotunda do Istmo in Taipa and the installation of a neon sign on the Octagonal Pavilion Library’ on Rua do Campo that reads ‘Celebrating National Day’. AL