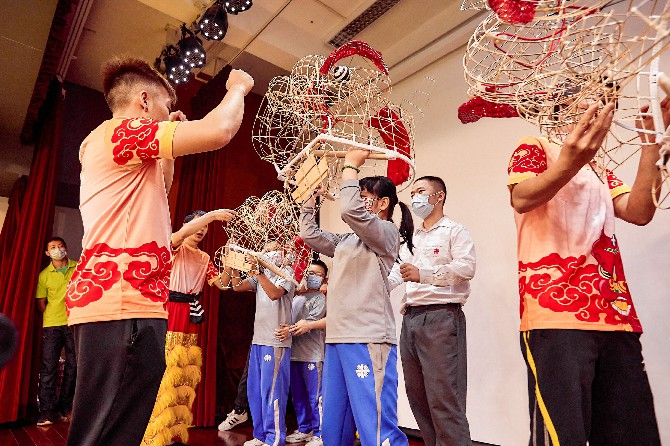 With the aim of introducing lion dance and the inheritance of Lingnan culture to the younger generation, MGM partnered with Macau Special Olympics (MSO) to organize a series of school performances for the MSO Lion Dance Team.
Highlighting the theme of “Exercise for stronger physique to fight the epidemic”, the Lion Dance School Performance program series has already kick-started in October and left its footprints at Escola Kai Chi and Escola Caritas de Macau.
To date, the MSO Lion Dance Team comprised of more than 20 members with intellectual disabilities have performed their lively lion dance moves for over 300 students and teachers at the two schools.
Hetzer Siu, Chief Executive Officer of MSO, said, “Through discovering their interest in lion dance, they have become more confident. More importantly, they have established strong bonding among the team, which forms a social platform that embraces social inclusion.”