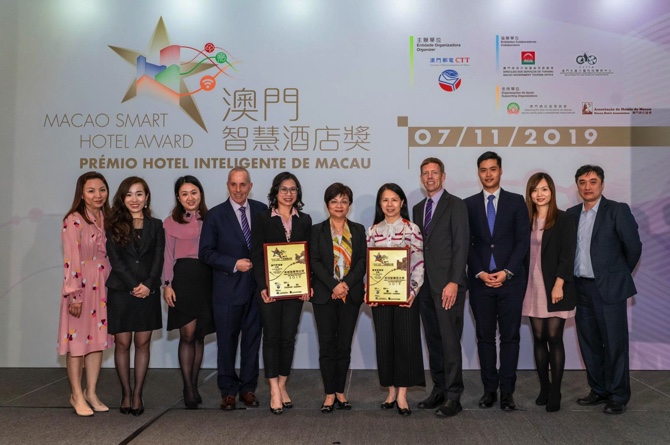 MGM Macau and MGM Cotai have received the accolade of the “Elite Smart Hotel Award” from the “2019 Macao Smart Hotel Awards,” organized for the first time by Macao Post and Telecommunications Bureau (CTT) yesterday.

MGM has won two out of the six “Elite Smart Hotel Awards,” the highest accolade within the Award, the gaming operator announced in statement.

Grant Bowie, CEO and executive director of MGM China Holdings Limited, said, “Both MGM Cotai, [which] opened a year ago, and MGM Macau, [which has been] open for over 10 years, have received this accolade, which is a testimony [to] our continued pursuit [of] innovation.”

“We are committed to provid[ing an] innovative entertainment experience to our guests, as well as convenient and efficient human resources services to our team members,” he added.