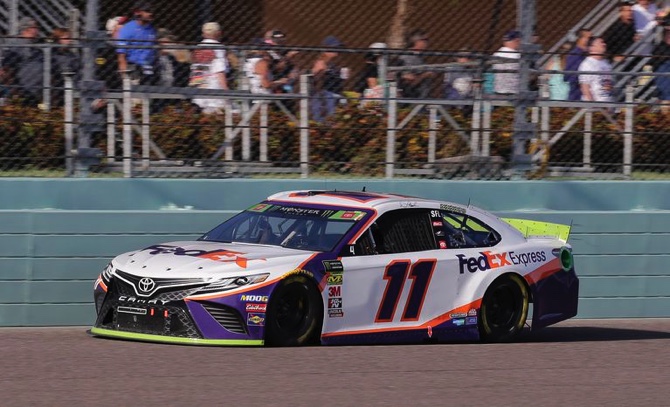 Denny Hamlin’s championship run was foiled by the tale of the tape.

Hamlin’s air of confidence came across the team radio when he boasted the race “ain’t (bleepin’) over” as he made a late push to the lead.

Except it was, his Toyota stuck on pit road steaming like a kettle because a foot-long slab of black tape slapped over the grille had caused the No. 11 Toyota to overheat and forced an unscheduled pit stop. Hamlin dropped from third to 19th because of the stop with 46 laps remaining and fell a lap down.

His first NASCAR Cup title has to wait.

“I really just wanted a chance to go after them after that pit stop,” Hamlin said. “But with the overheating, I couldn’t. I was going to blow up. I had to make the right call and try and unlap ourselves. Try for a caution. Try for a miracle.”

Hamlin’s season was sensational from the start, opening with an emotional Daytona 500 victory that he dedicated to the late son of team owner Joe Gibbs. He rebounded from a winless 2018 to six wins this season, a career renaissance orchestrated by rookie Cup crew chief Chris Gabehart.

Gabehart took the blame for the aggressive aerodynamic call for the tape that crushed Hamlin’s race yesterday [Macau time] at Homestead-Miami Speedway.

With Michael Jordan rooting him on from the track, Hamlin finished 10th and had the worst finish of the four championship drivers. Joe Gibbs Racing teammate Kyle Busch won the race and his second career Cup title. JGR driver Martin Truex Jr., who had his own pit-road mishap, was second, and Stewart-Haas Racing contender Kevin Harvick was fourth.

Hamlin stared into the sky with his back against the car door when Gabehart walked over for a big hug and private chat. Hamlin smiled a bit and nodded as he listened to Gabehart’s words. But nothing could console either man over a season that collapsed in the pits over a small mistake.

“We beat ourselves right here, just trying to get too much because that’s what you do in a championship race,” Gabehart said. “We were just trying to pull off a really difficult play and didn’t get it done. Unfortunately, as good as our car was at the end, I don’t know if it needed it anyway.”

Hamlin had been the sentimental favorite to win the championship. The other three contenders are former champions and Hamlin had dedicated the season to team co-chairman J.D. Gibbs. Gibbs had discovered Hamlin in the early 2000s and the (hashtag)DoItForJD slogan was emblazoned across the back of his Toyota. He was 49 when he died in January from complications of a long battle with a degenerative neurological disease.

Hamlin had reason to feel good on pit road before the race. Hamlin gathered his oldest and closest friends around him for a picture at the 11 car and they shouted out the (hashtag)LFG catchphrase he’s been using in his social media posts.

Hamlin was buttoned up in Miami in previous championship attempts but spent this week living his best life as usual and seemed to enjoy the pressure packed race weekend. Hamlin clutched his youngest daughter, Molly, in his arms and leaned down to give his oldest, Taylor, a kiss.

He had an A-lister in the house with his good friend Jordan, who owns the NBA’s Charlotte Hornets, back to support Hamlin like he did in the 2014 finale during the JGR driver’s last run at the title.

Air Jordan still has a 6-0 edge in championships over Hamlin.

“We go way back,” Jordan said during an interview with NBC Sports. “He’s a season-ticket holder at the Hornets. I spend a lot of time playing golf with him, and obviously I’m a big NASCAR fan, so I came out to support him.”

Hamlin turns 39 on Monday and organized a big bash for after the race. It’s more a birthday party now than a championship celebration.

“I told you at the beginning of the week we’re going to celebrate our year,” Hamlin said. “Our year was fantastic in every way you can think of, and it just didn’t pan out in one race in our favor.”

Truex had his bid for a second Cup championship derailed when the No. 19 Toyota was forced to pit after his team mixed up the right- and left-side front tires on a stop earlier in the 400-mile race. Truex had the dominant car early and could never make up the costly, lost ground.

“I’ve never had that happen,” Truex said. “I don’t even know what to say. It doesn’t drive good with the left front on the right front, though, I can tell you that.”

Busch and crew chief Adam Stevens had the flawless run late under the lights that the other JGR drivers failed to grasp.

“When you get here this is a lot of pressure and it’s human beings trying to get this done,” Gibbs said. “You can always have something be a mistake.” DAN GELSTON, HOMESTEAD (Fla.), AP 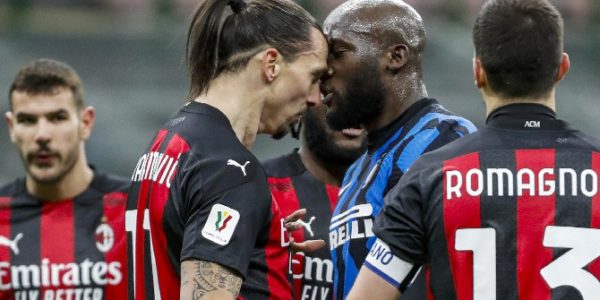