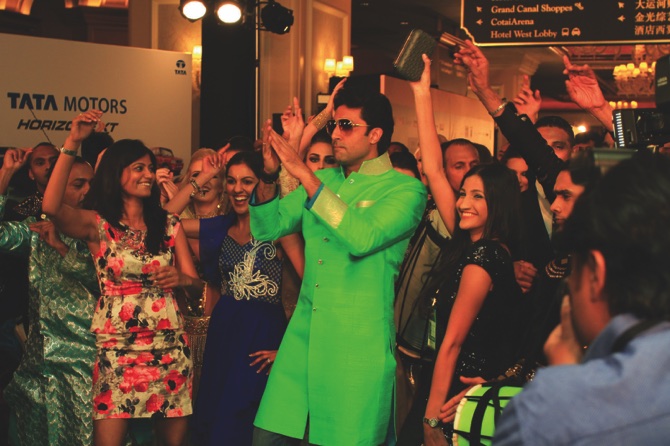 The Macao Government Tourism Office (MGTO) confirmed to the Times that it has been rolling out its constant Macau promotional activities. The aim of this policy is to promote “family oriented activities in Macau, to increase visibility of Macau in India through celebrity engagement and social media campaigns and to penetrate new growing source markets in ‘tier 2’ cities like Kolkata, Ahmedabad, Chennai, and others.”
According to the latest figures, there were 104,586 visitor arrivals from India between January and July 2016, a 3.2 percent increase compared to the same period last year. From this figure, 87,946 stayed overnight in local hotels, while 16,640 were day-trippers.
A report published yesterday by the Times included interviews conducted with several Indian tourists who felt that they had been discriminated against by immigration officers. Some said they entered the region without hassle, but other visitors indicated that they had faced hurdles. Their descriptions referred to experiences such as having to wait for a long period of time or being asked to procure documents such as return tickets, hotel vouchers or money. These instances appear to happen more often to tourists who travel alone.
The hurdles seem to fly in the face of the MGTO’s efforts to promote tourism for Macau in India. The local tourism authority revealed yesterday that it has been busy promoting Macau through large-scale investments in the huge Asian country.
The promotional efforts include campaign activities like TV and cinema advertisements, integration into popular TV shows and ads in print consumer magazines.
MGTO added that some of its key promotional measures include strategic campaigns with Hong Kong Tourism Board and tour operators across India, along with trade engagement activities to promote family holidays.
In terms of television exposure, MGTO said it is teaming up with an Indian wedding program focusing on honeymoon and wedding launching next month.
Earlier this year, MGTO also partnered up with Times Network Channels and showed an advertisement on Star TV India, a 30-second ‘Experience Macau Your Own Style’ promotional video.  Additionally, MGTO revealed that a radio campaign is currently ongoing in seven cities across India, claiming it has over 26 million listeners.
When questioned about the budget for tourism promotion in India, MGTO said that “reasonable budgets” are being allocated for promotional activities in India.
“It is important to note that India is a very big and diverse market with many international destinations trying to attract Indian tourists and hence there is an extra effort made here to use the budget more intelligently and effectively to increase awareness and visibility of Macau amongst the travel trade and consumers in India,” the MGTO response read.
Regarding the Indian market, the bureau claims to have managed a healthy mix of consumer and trade activities in an approximately equal ratio. “Our public relations efforts including media familiarization trips have helped to garner coverage of over USD1 million in print and online media value. In addition, social media has been very important and efforts have been made to promote Macau through social media activities,” the bureau, headed by Helena de Senna Fernandes, stated.

According to MGTO, over the past few months there have been multiple joint co-operations to promote tourism in India established between 15 travel agencies and tourism boards, such as Hong Kong Tourism Board and Shenzhen Tourism Board. So far, the bureau claims that this has resulted in the sale of over 9,000 travel packages to Macau. MGTO has also participated in three trade exhibitions and was involved in three major trade events in India, providing exposure to over 3,200 tourism industry personnel.