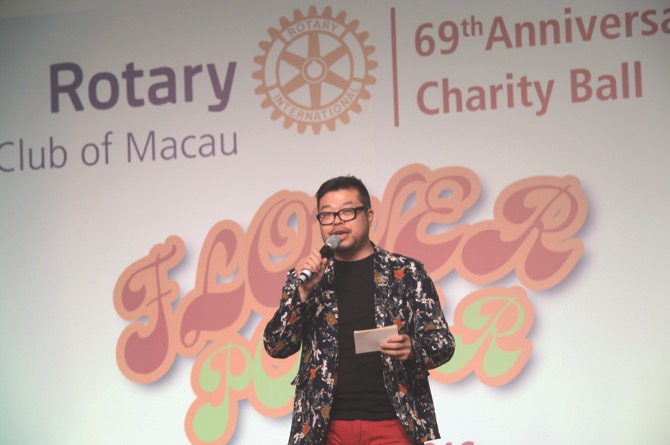 The Rotary Club of Macau hosted its 69th Anniversary Ball at The Venetian Macao last month with the theme of “Flower Power”. According to organizers, this theme represents the promotion of peace.
Through the Anniversary Charity Balls, the Rotary Club of Macau has over the years raised funds for its projects in local and international communities. This year’s event drew over 400 attendees from different walks of life, and raised funds for projects related to youth, people with special needs, the elderly, and families with autistic children.
“Our club will soon celebrate its 70th anniversary and throughout the years, we have been serving Macau and the world, making efforts to create a better environment,” said ball chair and president-­elect Sam Ip on the night.
“To bring peace to the world, we can begin with a simple smile, laughter, hugs or friendship. Together, we can make a difference in the world.”
According to organizers, the highlight of the event was the presentation of a cheque worth MOP100,000 from the club’s major sponsor Sands China Ltd. and a further MOP100,000 from Sai Hang Telecommunications, which will help fund the Rotary Club’s future projects.
The Rotary Club’s projects in the year 2015/16 included an Outbound Youth Exchange program, a Christmas Party for Mentally Challenged Children in Macau, the establishment of a “Happy Garden” for rehabilitation patients, and a Grannies Outing Tour for elderly residents who live alone.
The club also supported the Rotary Club of Makati North in the Philippines by supplying drinking fountains to an elementary school in Makati, giving fresh water to thousands of pupils as well as teachers, staff and nearby households.
The club funded two programs for the Macau Down Syndrome Association: a percussion class and a floral arrangement class. The Rotary Club said that the first class helped children with Down Syndrome to exercise their muscles and physical coordination via drum beats and popular songs.
In December 2015, the percussion group performed at the S. Lazaro Neighborhood Street Carnival and Guia Hill Walkathon.
Other funds went to the Guangxi Project for Education and Poverty Alleviation, whereby grants and awards were given to over 250 primary and middle school students in rural areas.
The Rotary Club of Macau comprises professionals from diverse industries and nationalities. The institution has served Macau since 1947, in keeping with its motto, “Service Above Self.” 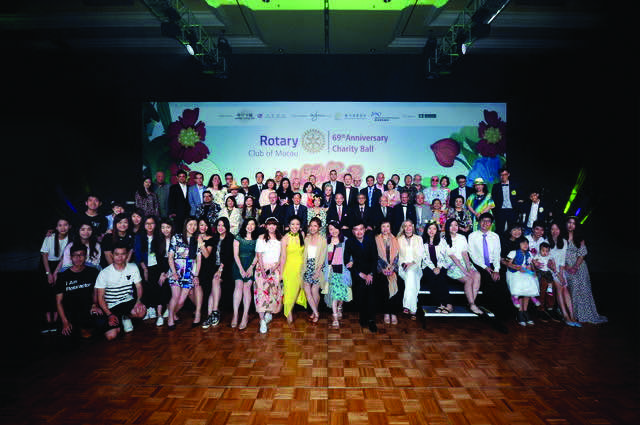 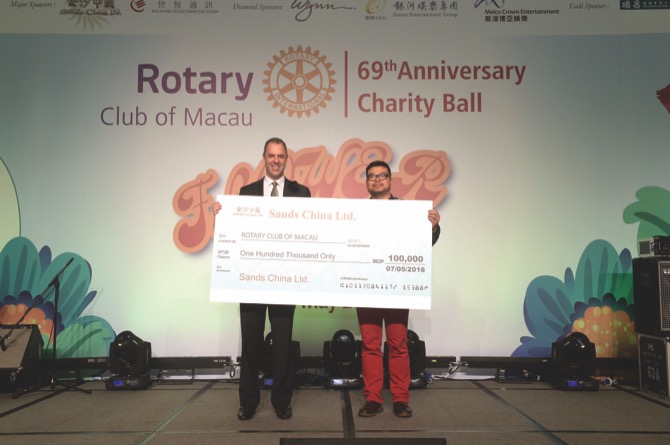 Cheque Donation of MOP100,000 from Sands China Ltd designated for Rotary Club of Macau’s “Happy Garden” Horticulture Therapy for the Rehabilitation of the Mentally-Ill Patients and Rotary Day with Grannies 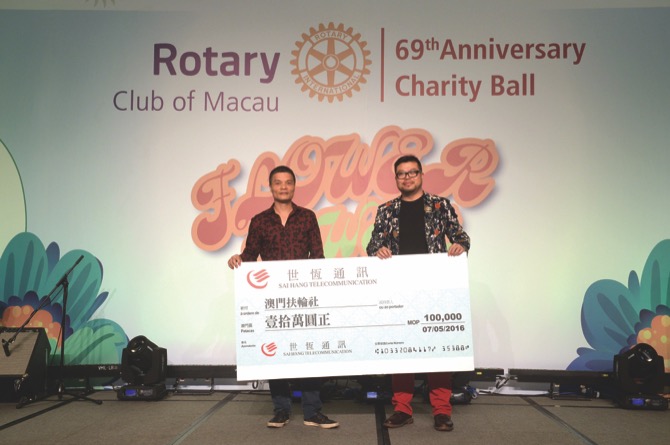 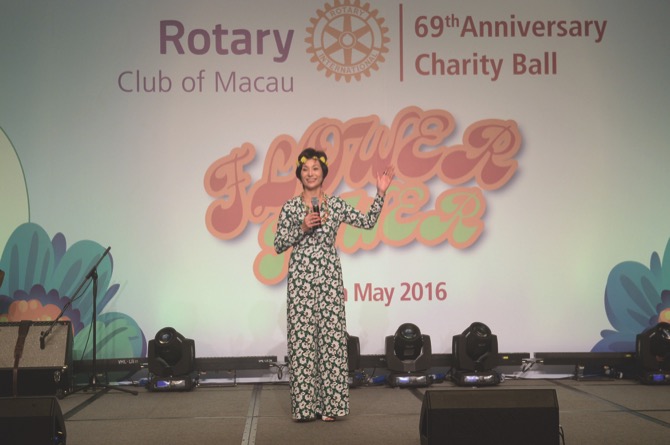