The Australia Rugby Union says it will take no action against Wallabies captain Michael Hooper for his involvement in an overnight incident to which police were called. Hooper was out in the resort town of Byron Bay early yesterday when a security guard saw Hooper’s friend jump on a parked car and called police, who said the pair later pushed over a sign post. Hooper’s friend is expected to be charged for damaging the car. The Australian Rugby Union said “police confirm Michael Hooper was not involved in any serious misdemeanor … we don’t expect any further action to be taken.” 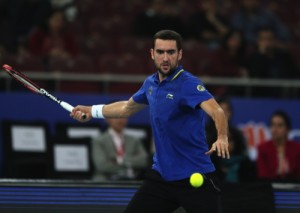 U.S. Open champion Marin Cilic has withdrawn from next week’s Brisbane International tennis tournament with a right shoulder injury. Tournament director Cameron Pearson says the ninth-ranked Cilic has “lost his race against time to regain full fitness.” There was no indication whether the injury would affect the Croatian’s chances of playing at the Australian Open beginning Jan. 19 in Melbourne.