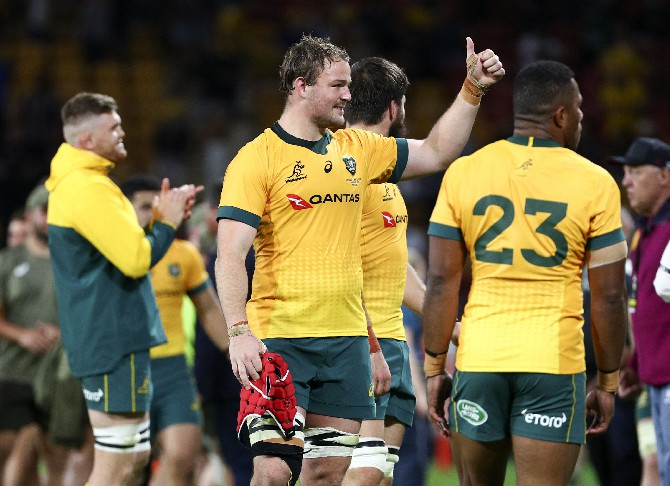 Rugby Australia is set to end a 25-year partnership with Foxtel after negotiating a three-year broadcasting deal worth 100 million Australian dollars ($73 million) with Nine Entertainment Co. that will include Super Rugby games shown on free-to-air television for the first time.
Nine will show one Super Rugby AU match live each Saturday night and Rugby Championship tests on its free-to-air network in Australia. Those and other games, including women’s Super Rugby and international matches and from domestic club competitions based in Brisbane and Sydney, will be broadcast on Nine’s subscription streaming service, Stan.
Rugby Australia said the new deal was subject to approval from the SANZAAR unions, which also include New Zealand, South Africa and Argentina.
“This is a landmark deal that … gives more Australians more access to more rugby than ever before,” Rugby Australia interim chief executive Rob Clarke said in a statement Monday. “Australian Rugby is transforming with an exciting future ahead, and this innovative partnership enables us to fast-track that growth from the grassroots up.”
Pay TV operator Foxtel has had the Australian rights to Super Rugby since 1996, at the beginning of the sport’s professional era.
“We’re particularly pleased for Super Rugby to be live on free-to-air for the first time in its history,” Clarke said. “We’ve recognized that the broadcast landscape has changed, and we’re changing with it.” AP