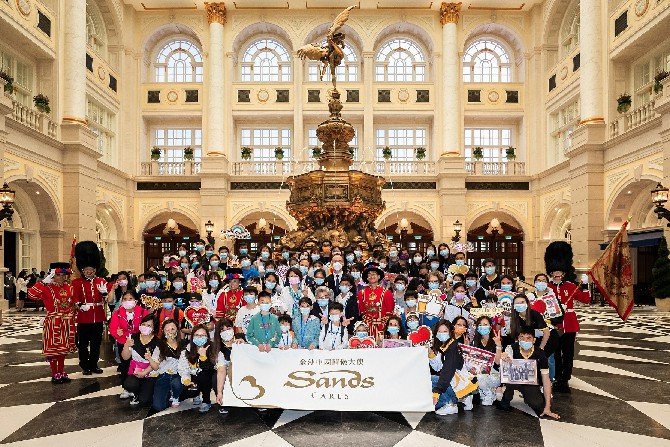 A group of 20 Sands Cares Ambassadors recently hosted about 80 members of the Women’s General Association of Macau at The Londoner Macao for a guided tour of the newly launched British-themed integrated resort.
During “The Londoner Discovery Journey,” the 100 participants split into four groups to visit some of the hotel’s famous locations such as the Tea Cups, Londoner Guards and Londoner Taxi, according to a statement issued by the gaming operator. They completed missions throughout the journey in order to win the prize of one night of accommodation at The Londoner Macao, and enjoyed afternoon refreshments and entertainment at Portuguese restaurant Chiado.
“The outing is also the first activity of the new Sands Cares Family Health and Wellness Series, which aims to strengthen family bonding and parent-
child communication, and to promote family health,” Wilfred Wong, president of Sands China Ltd remarked.