Terrorism | I am Charlie : Hunt for 2 in French shooting that killed 12, 1 surrenders 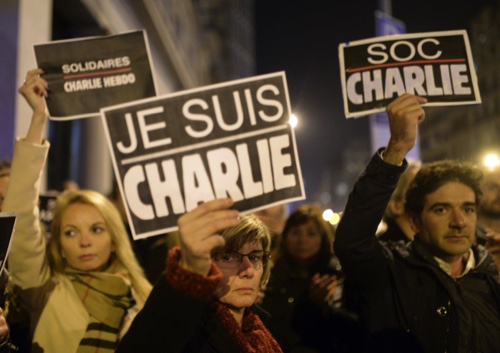 People attend a demonstration in solidarity with those killed in an attack at the Paris offices of weekly newspaper Charlie Hebdo, at the French Consulate in Barcelona, Spain