THE CONVERSATION | Many scientists are atheists, but that doesn’t mean they are anti-religious 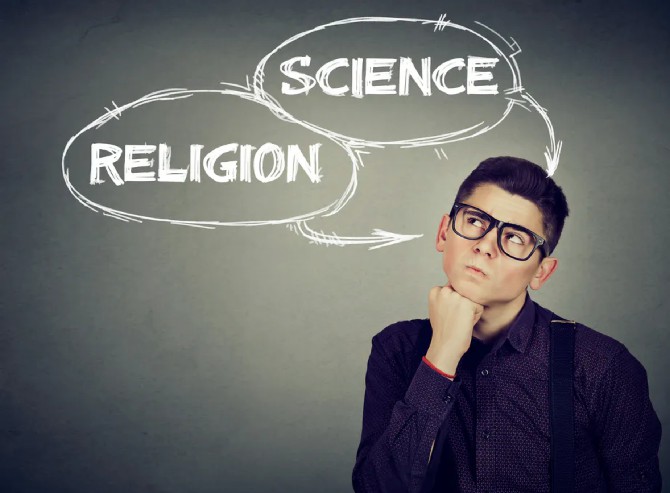 Distrust of atheists is strong in the United States. The General Social Survey consistently demonstrates that as a group, Americans dislike atheists more than any other religious group. According to various studies, nearly half of the country would disapprove of their child marrying an atheist, some 40% of the public does not believe atheists share their view of American society, and only 60% of Americans would be willing to vote for an atheist in a presidential election.
There is one field, however, where atheism is often assumed: science.
People often view scientists as “Godless.” Some of these views may be a result of people hearing more from vocal atheist scientists such as evolutionary biologist Richard Dawkins, neuroscientist Sam Harris and others who are at the vanguard of a movement known as “new atheism.” New atheists are not simply scientists who are convinced there is no God or gods. They couple their irreligion with an aggressive critique of religious belief as a threat to societal well-being.
These scientists espouse a frequently derisive rhetoric on religion and the religious public. Dawkins, for example, has argued that religion is a form of “mental illness” and one of the world’s “great evils” comparable to smallpox.
But such strident attitudes may not be representative of scientists in general.
A recent research study we conducted reveals that most atheist scientists in the U.S. and U.K. are not anti-religious.

The real story of atheism in science
Drawing on quantitative surveys with 1,293 scientists who identified as atheists, 81 in-depth qualitative interviews conducted from 2013 through 2016 and context material collected since then, we found that scientists’ views of religion are much more diverse than the image conveyed by new atheists.
Each of the scientists in our study selected the statement “I do not believe in God” when asked about their views of God – and selected this choice over options including agnosticism, the view that the existence of God or the divine is unknowable.
As sociologists, we view religion as multidimensional – consisting of beliefs, practices, traditions and identities – and seek to understand such dimensions in the lives of atheist scientists and their views of religion.
One of our main findings is that most atheist scientists do not want to be aligned with rhetoric that condemns religious people. Although we did not specifically ask about Dawkins in interviews, scientists often brought him up.
As one biologist that we interviewed in the U.K. said of him, “Well, he has gone on a crusade, basically … I think that [religion] is an easy target, and I think that he’s rather insensitive and hectoring.”
Even atheist scientists who harbored occasional negative views of religion expressed concerns that such rhetoric is bad for science.
Not only are many atheist scientists not hostile to religion, but some think religion can also be beneficial to society; in the words of one of our respondents, “you can see the benefits of going to church.” Many, for example, discussed the sense of community one finds in churches. Others emphasized religious attendance as a force of good, encouraging people to act more charitably.
Indeed in the U.S., 29% of atheist scientists also say they are culturally religious. That is, despite their lack of belief in God, they routinely interact with religious individuals or organizations, such as having a religious spouse, sending their children to a religious school, or attending services themselves.
As one atheist biologist told us: “I enjoy going to church for the suspension of disbelief, for the theatrical experience, for reading, for the liturgy, for the magnificent stories and the mythic quality of those stories, which is intensely spiritual. That’s a real experience.”

Atheist scientists and the religious
We also found that atheist scientists and persons of faith have more in common than most people may think, such as the experience of awe and wonder. Whereas many religious individuals experience spirituality through their faith, some atheist scientists speak of their work with similar notions of awe and wonder.
These scientists talk about “intangible realities that imbue wonder, motivate their work and are beyond observation” – realities that they call spirituality.
As sociologists Penny Edgell, Joseph Gerteis and Douglas Hartmannexplain, when asked about atheists on surveys, Americans are most likely imagining a theoretical person who rejects the idea of God, rather than thinking about an actual atheist they may have encountered.
Indeed, in an ideologically segregated society such as the U.S, religious and nonreligious individuals may not interact in ways that would actually inform their perspectives of one another. As a result, religious and nonreligious individuals’ views of one another are heavily reliant on stereotypes of each group.
Consequently, when people think about atheist scientists, it is all too easy to imagine the picture painted based on those presented in the public sphere, such as Dawkins and others, in the absence of one who inhabits their community.
What is more, it is difficult to know an atheist when you see one, especially if they are sitting down the pew from you in church, as our research indicates they might.
In an era where our lives literally depend on trust in the scientific community, telling the truth about who atheist scientists are through research on them, rather than allowing them to be represented by the loudest atheist scientist voices, is consequential. Elaine Howard Ecklund, Rice University and David R. Johnson, Georgia State University, MDT/AP