This Day in History | 1983 US astronaut Sally Ride returns 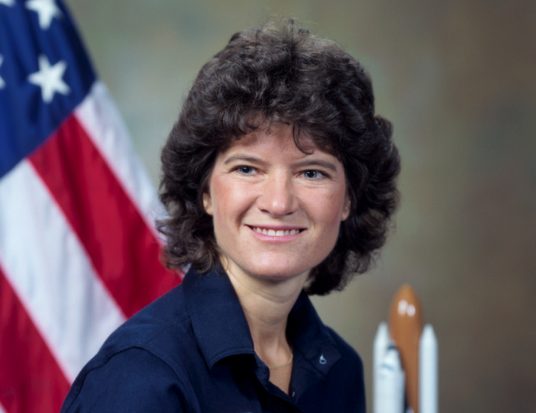 America’s first woman in space has returned safely to Earth in the Challenger space shuttle after a successful six-day flight.

Sally Ride, aged 32, captured the media’s attention over the weeks leading up to blast-off on 19 June as the public realised history was in the making.

Ms Ride, a former tennis champion, decided to become an astronaut in 1977 after she saw a Nasa advertisement in the campus newsletter while studying English and physics.

She was one of more than 1,000 women and almost 7,000 men to apply for just 35 places on the 1978 training programme and it was there that she met her husband, fellow astronaut Steve Hawley.

Before blast-off last week, flight commander Robert Crippen said she had been chosen to fly purely on her skills and not for her gender.

As flight engineer, Ms Ride’s main tasks were to monitor the controls and make sure nothing went wrong on ascent and descent.

Up in space she also had to control a 50ft retractable arm – which she helped to design – to retrieve a satellite package of experiments.

It was the first time a satellite had been grabbed from space and paves the way for repairing satellites in orbit.

“She is flying with us because she is the very best person for the job. There is no man I would rather have in her place,” he said.

This was also the first time the shuttle carried five crew members, instead of the usual three. Along with Sally Ride and Robert Crippen were Rick Hauck, John Fabian and Dr Norman Thagard.

Ms Ride is the third woman to travel into space.

Today she received a telegram congratulating her achievement from the world’s first female cosmonaut, Valentina Tereshkova.

America’s first female in space would have received a much larger public welcome today had it not been for poor visibility that forced Challenger to change its point of arrival.

The crew of STS-7 were due to complete their mission at Cape Canaveral, in Florida. But cloud cover meant a change of plan and a landing at Edwards Air Force base in California, some 3,000 miles away.

Nasa had hoped for a Florida landing to reduce the expense and time taken to transport the shuttle back to Cape Canaveral for its next mission.

Two years later, tragedy struck when the Challenger space shuttle exploded on 28 January 1986, killing all on board including Christa McAuliffe, who was to be the first schoolteacher in space.

Sally Ride is the only person to have worked on investigations into both the Challenger and Columbia shuttle disasters.

She remained an astronaut until 1987, when she resigned from Nasa and took up an academic post at Stanford University.

Two years later she moved to the University of California in San Diego to become professor of physics and director of the California Space Institute.

She has written several children’s books about space exploration.