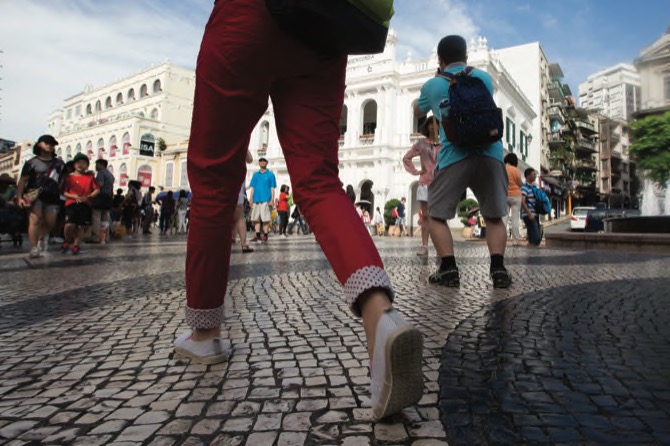 Macau residents are not showing a clear consensus in favor or against a tax applied to visitors to the SAR, according to the Director of the Macao Government Tourism Office (MGTO), Helena Maria de Senna Fernandes, whose bureau launched a public suvery on the matter earlier this month.

The MGTO head reported that about 10,000 questionnaires have been collected but that the results are not conclusive.

According to Senna Fernandes, both pros and cons from supporters and opponents of the tax have been forcefully presented. The authorities will further analyze the results when the period for the questionnaire’s circulation finishes.

The MGTO director was also asked about how the questionnaire is set up, as it only requires respondents’ age and a Macau ID status. Some worry that a single person may fill out the survey multiple times, which may influence the trustworthiness of the results.

However, Senna Fernandes said that the bureau hopes to encourage more people to fill out the questionnaire without the burden of having to provide a great deal of personal information.

Earlier this week, the Tourism Development Committee held its first plenary meeting for 2019. During the meeting, Secretary for Social Affairs and Culture Alexis Tam made remarks about the proposed visitor tax. Tam acknowledged that tourism and related industries bring economic benefits to Macau, but the continued increase in tourists also poses challenges to the city.

Tam claimed that the SAR government attaches great importance to the protection of the quality of life of Macau residents and the views of various stakeholders.

The secretary said that the SAR government invites all parties to make recommendations on the issue of the city’s carrying capacity.

Regarding a feasibility study on the levy of a tourist tax, the government has been open to opinions and has been listening to them, according to Tam.

However, he highlighted that taxation is just one way to solve the problem of carrying capacity. There are other ways to manage the problem which the government is actively studying.

Tam noted that the SAR government is striving to balance the quality of life of residents with the development of the tourism industry.