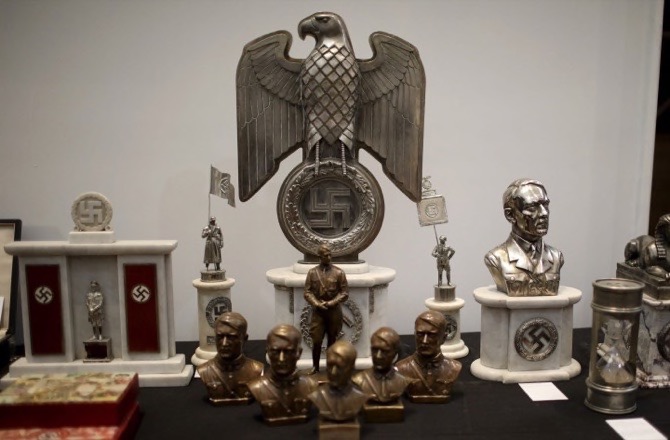 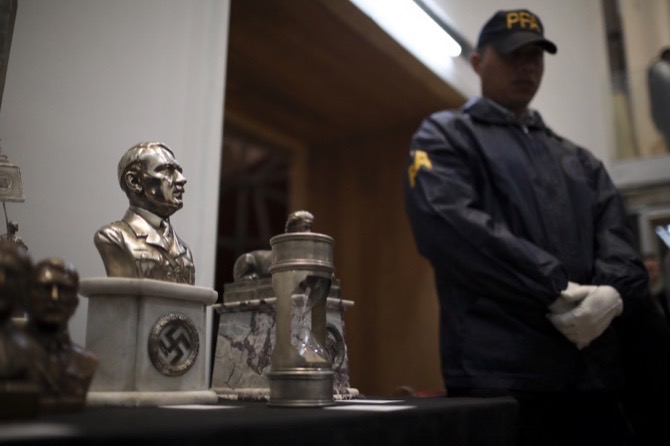 The Museum of the Holocaust in Argentina’s capital yesterday [Macau time] took custody of the largest collection of Nazi artifacts discovered in the country’s history.

Federal police and Interpol agents found the more than 70 Nazi objects hidden behind a bookcase in a collector’s home north of Buenos Aires in 2017 as part of an investigation into artworks of illicit origins. The Nazi items include busts of Adolf Hitler, an instrument to measure people’s heads to supposedly determine their racial purity and statues of the Nazi eagle with a swastika under its talons.

Owning Nazi objects in Argentina can be illegal if it is determined that the items incite racial or religious hate in public, although they can be allowed in private. It has not been determined if the collector violated the anti-discrimination law, although he has been charged with owning pieces of illegal origin.

Agents with Interpol began following the collector and with a judicial order raided the house on June 8, 2017. A large bookshelf caught their attention and behind it agents found a hidden passageway to a room filled with Nazi imagery. 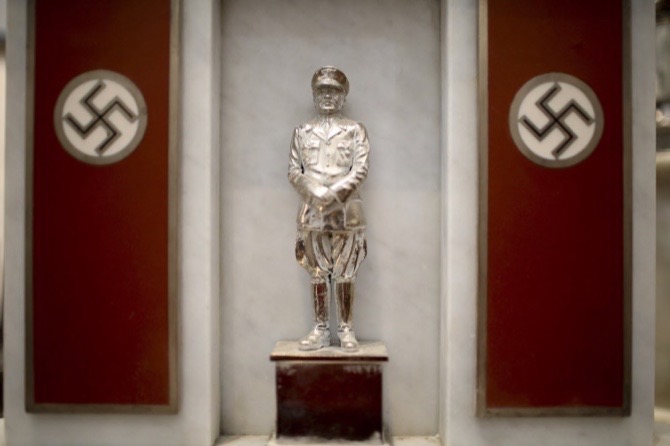 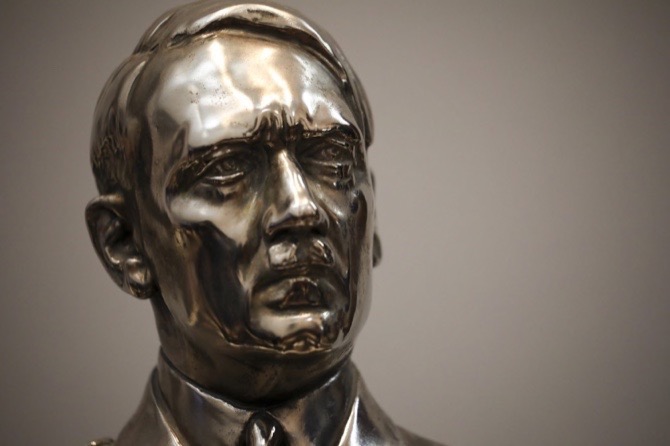 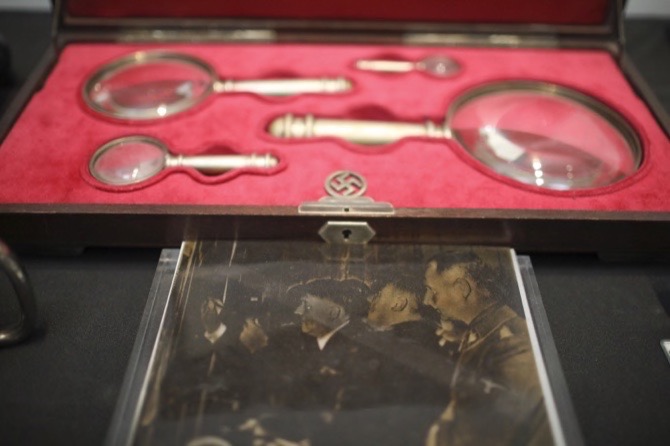 Argentine and German experts say most of the objects are original. They also include toys that authorities have said would have been used to indoctrinate children, a Nazi hourglass and a box of swastika-emblazoned harmonicas. The collection also includes a photo negative of Hitler holding a magnifying glass similar to those found in the boxes.

The main hypothesis among investigators and members of Argentina’s Jewish community is that the items were brought in by Nazis after World War II, when the South American country became a refuge for some of the most infamous war criminals.

The objects will remain in custody at the Museum of the Holocaust while the investigation continues.

The museum’s president, Marcelo Mindlin, said Wednesday that the items encouraged “hate, death and destruction.” He said they will become part of an exhibit “in the service of transmitting democratic values, education and the fight for memory so tragedies like the Holocaust are not repeated.”