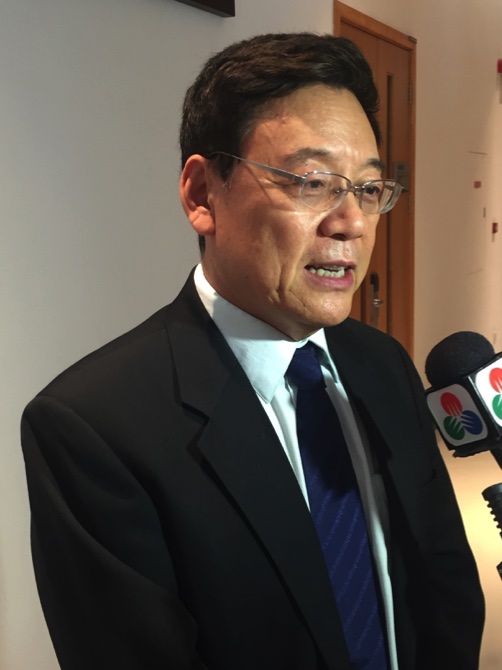 A book launch was held at the University of Macau (UM) last week, where professor Hao Yufan, who is currently serving as the acting director of the Centre for Macau Studies, presented his research findings on the U.S. diplomatic service in the peninsula during the mid-19th century.
The book, titled “Dispatches from United States Consuls in Macao (1849-1869)”, is primarily written in English and contains copies of letters written by U.S. consular officials in Macau addressed to the U.S. Department of State during the period.
Hao Yufan who spoke with the Times ahead of his presentation yesterday, explained that the book sheds light on the relationship between the American and Portuguese officials in Macau, as the former tried to expand its influence in East Asia.
“The book is about the American relationship with Macau since the mid-19th century, [dealing] mostly with the diplomatic dispatches of the American Consul,” explained Hao. “These are very important historical documents for us to understand the early activities of the U.S. in this part of the world, and they [the letters] also provide [information] on Macau-U.S. relations in general during this period.”
“Macau used to be a very important base,” said Hao, in reference to the use of the peninsula as a base for Western traders to access the lucrative markets of China and Japan. “In those days, before Hong Kong was an important place, the Americans viewed Macau as the link to Canton [Guangdong Province].”
When asked why he wanted to examine this particular bilateral relationship in his book, Hao replied, “I am interested in this topic because I am an expert in international relations. After coming to [the University of] Macau, it became quite obvious that my research interests would gradually focus on Macau’s external relationship – including its relations with the British, Americans and other Western powers.”
“A lot of scholars have studied Macau-Portuguese relations, but there are other areas that need to be covered,” he added.