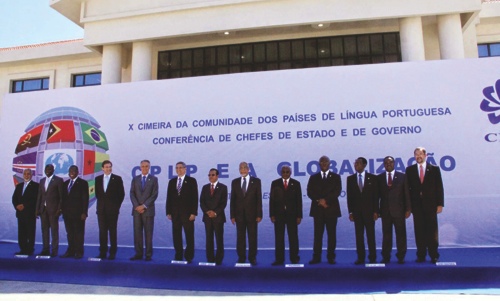 One of the main decisions made at the 10th Summit of the Community of Portuguese-speaking Countries (CPLP) in Dili, Timor-Leste (East Timor) was to set up a technical group for open study of participation of member-countries in oil exploration.
The group will study joint exploration and production of oil and gas in the CPLP area and set up a consortium for onshore oil exploration in Timor-Leste, open to companies from CPLP countries.
The 10th Summit also expanded the organization from nine to ten members, with the membership of Equatorial Guinea, and ended with approval of the Dili Declaration, according o Portuguese news agency Lusa.
At the one-day meeting the heads of State and government or their representatives from Angola, Brazil, Cabo Verde (Cape Verde), Guinea Bissau, Mozambique, Portugal, São Tomé and Príncipe and Timor-Leste elected their host Taur Matan Ruak as president of the CPLP for the next two years.
One of the highlights of the declaration is recognition of the progress achieved in political and diplomatic coordination in the energy sector, particularly in the “Energy in the CPLP” project, of which the technical study group is a part.  MDT/Macauhub